For four decades the Maryland Food Bank has worked to eliminate what’s called “food insecurity,” the lack of food or the inability of families and individuals to afford or otherwise access enough of it.

According to U.S. Census data, Maryland had the highest household median income — $78,916 — between 2013 and 2017 of any state. Despite that wealth, the state is no stranger to food insecurity, which is affecting communities nationwide. 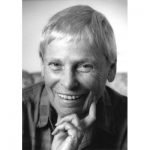 According to the Maryland Food Bank, more than 650,000 Maryland residents, or one in nine of the total, suffers from food insecurity.

This year, Maryland Food Bank celebrates its 40th anniversary, which includes a 40-week campaign to raise awareness about food insecurity in the state.

Launched in March, the campaign, which is being run under the slogan “It takes more than food to end hunger,” aims to convey all that is required, such as a network of partners and pathways to create success, to help eliminate food insecurity in Maryland and elsewhere.

Despite the organization’s efforts to end hunger in the state, there is still widespread need. In response, the food bank has created a strategic plan which includes solutions to address the root causes of hunger.

“We want to introduce other organizations and businesses in our plan to help provide solutions,” Carmen Del Guercio, President and CEO of the Maryland Food Bank said.

Having business leaders involved will make a difference, specifically in Baltimore where hunger in communities can also affect businesses’ ability to succeed, according to Nancy Smith, the Maryland Food Bank’s Senior Director of Government Relations and Principal Gifts.

One program established by the food bank to address food insecurity is FoodWorks, a workforce development program.

FoodWorks operates a culinary training program in which students create healthy meals from food that otherwise would have been discarded. The meals are delivered to those in need. Program graduates receive certifications and job placements, helping them avoid food insecurity.

To learn more about how to get involved or participate, check out #ItTakesMore challenge on social media or visit the Maryland Food Bank’s website: mdfoodbank.org.

For more on how the Maryland Food Bank and other nonprofits are working to address hunger and poverty in Maryland, attend the GBC’s Breakfast Briefing: Hunger and Poverty in Baltimore.