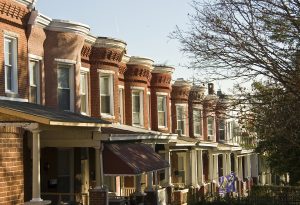 Baltimore City’s population continued its decades-long decline, falling to 585,708 people in 2020, according to the latest data released by the U.S. Census Bureau on Aug. 12.

The latest figures are based on the decennial Census completed by households across the U.S. last year. Baltimore’s population decreased 1.3% from an estimate of 593,490 as of July 1, 2019, when it fell below 600,000 for the first time in more than a century.

Since the last Census a decade ago, Baltimore has lost 35,253 residents, shedding 5.7% of its population, according to the data.

“Today’s population figures are the culmination of more than 70 years of population decline, showing why we must pivot from the status quo towards inclusive economic policies that improve the lives of our legacy residents, while attracting new residents,” Mayor Brandon Scott said in a statement.

“Nevertheless, it is unacceptable for a city with the many positive attributes Baltimore has, from its affordability, diversity, strong neighborhoods, historical and cultural attractions to world class healthcare and universities, to lose residents,” Fry said in a statement. “Although the city has challenges, it has the attributes to attract population.”

He called on the business community and city stakeholders to come together and develop a long-term strategy for getting Baltimore’s population growing again. A larger population means more tax revenue for the city. The federal government also uses population figures to allocate funding for certain programs such as Medicaid.

“This can’t be a one or two-year deal,” Fry said. “It must be a long-term commitment by the city.”