The following is an excerpt from the Baltimore Business Journal article.

Howard Bank made a splash three years ago when it became the biggest Baltimore-based bank since Mercantile. It was viewed by the business community as a moment for Baltimore to celebrate.

Similar to Mercantile, Howard is getting bought by a Pittsburgh-based bank and becoming a name of the past. Mercantile was acquired by PNC in 2007 for $6 billion. Howard Bank announced July 13 it will be acquired by FNB Corp., the parent of First National Bank of Pennsylvania, in all-stock deal valued at $418 million.

The loss of Howard comes as Baltimore has lost several corporate headquarters, including both Legg Mason Inc. and Williams Scotsman last year. 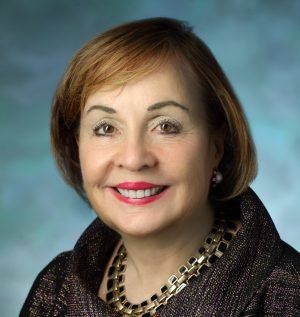 Mary Ann Scully, the ambitious CEO of Howard (NASDAQ: HBMD) who founded the bank in its namesake county in 2004, doesn’t view the latest acquisition of a Baltimore-based company as a bad thing for the city.

“At the end of the day we’re going to be most effective in only serving this marketplace, and that includes the community,” Scully said. “We think for a city like Baltimore that additional scale is going to allow us to better support the market. It’s all in service to the things we’ve always talked about — customers and communities.”

Though she admitted “it’s bittersweet” for Baltimore to lose yet another corporate headquarters, Scully said the region will benefit because Howard will be able to provide a broader array of products and services to local businesses as part of a bigger financial institution that already has local ties. Scully said the deal will also more than double Howard’s legal lending limit of about $36 million.

First National Bank (NYSE: FNB) is the seventh-largest bank in Greater Baltimore with $1.86 billion in local deposits and 1.97% market share as of June 30, 2020, according to the Federal Deposit Insurance Corp. The bank entered Maryland in 2013 with the acquisition of Annapolis Bank and the following year expanded to Baltimore when it bought Baltimore County Savings Bank.

Donald C. Fry, President & CEO of the Greater Baltimore Committee, said in a statement that F.N.B.’s acquisition of Howard demonstrates how Maryland is a “great place to launch and grow a company that is attractive to investors.”

“While the merger is a loss of local control of a home-grown company, Howard Bank’s shareholders, customers and F.N.B. are sure to benefit from this strategic purchase,” Fry said, adding that Scully should be “highly commended for leading and growing the institution into a valuable financial powerhouse.”

When the deal closes, expected to occur in early 2022, the bigger F.N.B. will be in better position to compete head-on with the giants that dominate the Greater Baltimore market: Bank of America, M&T Bank, Truist, PNC and Wells Fargo.