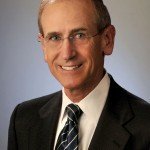 The Maryland chapter of the American Diabetes Association today announced that it has partnered with the Greater Baltimore Committee (GBC) to launch an initiative to engage top regional CEOs in the fight against diabetes in the workplace.  The initial program will engage six corporate leaders as role models pledged to provide visible leadership within their own companies.

“Studies have shown that healthy workplace strategies are more effective with visible C-level support.  Employees judge commitment to a healthy lifestyle by the actions of their bosses,” said Kathy Rogers, executive director of ADA’s Maryland Chapter.  The ADA and the GBC were already partnering on several workforce wellness initiatives and jointly decided to focus on diabetes during the first year.

“Diabetes is the leading underlying cause of heart disease and stroke, making it a logical chronic disease to tackle,” said Donald Fry, president and CEO of the GBC.

Each CEO has committed to implementing three proven strategies to prevent or reduce the incidence of diabetes and to promote these strategies in his or her company.  They will also reach out to their employees to promote aspects of their company’s health promotion activities such as screenings, walking or cycling programs, and championing healthy meetings.  The CEOs will showcase their best practices at a region-wide event in 2014.  The ADA will work with each company to set and determine outcome measurements that will be shared with other business leaders in the region.

Diabetes affects more than 400,000 people in Maryland and accounts for $1.63 billion in lost wages and productivity each year. Nearly 33 percent of Marylanders are estimated to have pre-diabetes, but only 10 percent are aware of the conditions and it places someone at high risk for developing diabetes if lifestyle behaviors are not addressed.