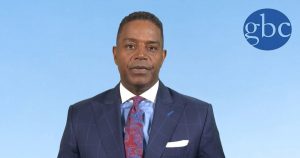 The following is an excerpt from the original article:

Is Baltimore racially and economically inclusive? A ranking last year by the Urban Institute found the city was middle of the road out of 274 cities the think tank analyzed. It ranked 166th overall, 182nd on economic inclusion, and 143rd on racial inclusion. What can we take away from this? There’s some work to do.

Fortunately, the business community seems to be up to the task. At its annual meeting this month, the Greater Baltimore Committee outlined its strategy for “advocating and advancing a racial equity and social justice agenda” not just for the city, but the entire metro area. GBC Chair Calvin Butler emphasized that creating this inclusive climate can’t be done as a “side job” or effort secondary to any core business strategy. That would be a recipe for failure. “It has been seen as only part of the work,” said Mr. Butler, also CEO of Exelon Utilities. “I’m here to tell you, it is the work.”

That is the right message coming from Baltimore’s business community as a social justice movement has taken hold across the country over the past year, brought on by the murder of George Floyd by police in Minneapolis and other brutal police abuses. For Baltimore to deal with its own racial inequities, it needs the buy-in of all the city’s stakeholders — community groups, residents, government officials and religious institutions. With the city’s business power brokers on board, work can start on closing the economic gaps that have created a city of haves and have-nots based on race; fostered obstacles in growing businesses owned by people of color; and contributed to high crime levels, spurred by poverty, and the social issues that accompany it.

But Mr. Butler is right that equity and inclusion can’t be a fly-by-night effort that fades away until the next big police-involved incident sparks another movement. It was Rodney King’s beating 30 years ago and George Floyd’s death in 2020, and little progress has been made. It shouldn’t take the police beating or death of a Black man to rouse up people’s consciousness. People are tired of hearing promises and want to see real change. A deliberate effort, with accountability, is needed to confront and transform decades of institutional racism that has gotten us to where are today.

The GBC and its member businesses have already started some of the work toward a more inclusive business environment. Other groups, like the Downtown Partnership, have also initiated their own programs and goals. Mr. Butler when elected GBC chair last year, vowed to work to improve racial equity and inclusion at businesses in the region and so far the results have been that businesses have reexamined everything from diversity on their boards to hiring practices.