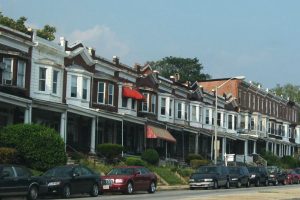 Less than half of Marylanders now identify as white, a reflection of the nation’s increasing diversity over the past decade, according to the 2020 census data released Aug. 12.

The once-in-a-decade head count also showed that Baltimore’s population continued to shrink, with the city losing 5.7% of its population since 2010.

The data released Aug. 12 will be used to draw new boundaries for congressional and local legislative districts, shaping the political landscape for the next decade. The population numbers also help determine how federal dollars are divvied up among states and communities and where new schools and roads are built.

Nationally, the census painted a picture of growing diversity as the country’s white population shrank for the first time since the census has been taken. The figures from Maryland show that non-Hispanic white residents made up 47% of the state’s population in 2020, down from 55% in the 2010 count.

The mayor said the plan will be an “equitable, neighborhood-focused development strategy” to increase the number of families in the city. He highlighted the desire to retain current families and attract new ones, including middle-income earners and immigrants.

The new data is just the latest evidence of the city’s 70-year population decline, the Democratic mayor noted in a statement.

“Understanding that much of Baltimore’s 21st century population loss has been driven by an exodus of African American households, my administration will be focused on equitable economic development,” Scott said in a statement. “We can no longer leave any corner of our city behind.”

Scott said his growth plan will combine violence prevention, increasing affordable rental and homeownership opportunities, supporting Black-, brown- and women-owned businesses, and improving mass transit. Some of the efforts will be paid for with funding from the federal American Rescue Plan Act.

The city’s population loss is “an urgent issue that must be given the significant thought and the resources that are required to turn the tide,” said Don Fry, President and CEO of the Greater Baltimore Committee, a business booster group.

“Although the city has its challenges, it has the attributes to attract population,” he said in a statement, pointing to affordable housing, historical and cultural attractions, and world-class universities and health systems.