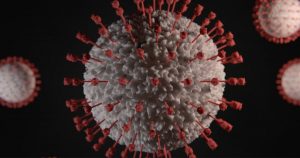 As COVID-19 cases began to rise over the summer, Maryland manufacturers faced a wrenching choice.

They could require employees to be vaccinated — a mandate that some companies feared could cause defiant workers to quit. Or they could forgo a mandate and then “they’ve got a bigger problem” if an outbreak developed, said Mike Galiazzo, president of the Regional Manufacturing Institute of Maryland, an advocacy group.

Facing such a dilemma, Galiazzo was among a number of business officials and union leaders who said Sept. 9 that they backed — at least in principle — President Joe Biden’s new requirement that businesses with 100 or more workers have their employees vaccinated or tested weekly.

“Companies cannot afford to have folks get sick,” Galiazzo said.

The new federal rule, which is being developed by the Department of Labor’s Occupational Safety and Health Administration, was among a number of stringent new measures announced by the president to try to curb the rise in COVID-19 cases fueled by the delta variant.

That mandate is particularly significant for Maryland, which ranks behind only California and Virginia in its number of federal employees, according to the Office of Personnel Management. About 145,000 federal jobs are based in Maryland, and many more state residents commute to U.S. government or federal contractor positions in Washington.

In July, the Biden administration said that federal employees and on-site contractors must disclose their vaccination status. Those who didn’t were required to wear masks, be tested once or twice a week and potentially have their travel restricted.

Thursday’s tougher standard was backed by the American Federation of Government Employees, the largest federal workers’ union, albeit with an important caveat.

But Kelley added: “Put simply, workers deserve a voice in their working conditions. We expect to bargain over this change prior to implementation, and we urge everyone who is able to get vaccinated as soon as they can do so.”

Under the White House plan, OSHA also is developing a rule requiring businesses with 100 or more employees to provide paid time off for workers to get vaccinated.

That order, along with the private sector vaccine mandate, is in sync with “businesses large and small [that] have been supportive of seeing their employees, except those with religious or medical exemptions, get vaccinated,” said Donald C. Fry, President and CEO of the Greater Baltimore Committee.

“As vaccines are readily available, most businesses also will likely support a reasonable time off for employees to get vaccinated as most recognize it is to their overall benefit to have a healthy workforce,” Fry said.

Under the new federal rule, any private sector workers who are unvaccinated must show a negative test result at least weekly before coming to work.