Editor’s note: The following op-ed appeared on BaltimoreSun.com on Jan. 6. 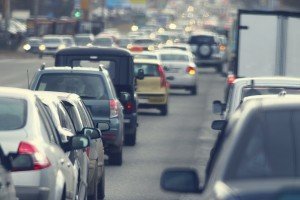 When state lawmakers convene in Annapolis this week for this year’s General Assembly session, transportation needs will be among many of the major topics up for debate. What happens could affect Marylanders — and more importantly the Baltimore region — for decades.

Ensuring that residents and businesses have access to efficient and connected transportation networks is of paramount importance for the Baltimore area, which has experienced significant disinvestment in recent years under the current state administration as transportation dollars have flowed disproportionately to the Washington suburbs.

During the same week that the legislative session convenes, the state Board of Public Works is scheduled to approve the Maryland Department of Transportation’s proposal to widen and add toll lanes at the American Legion Bridge in Montgomery County, the Capital Beltway and Interstate 270. When this multi-billion project is viewed alongside the $345 million cut to the six-year proposed capital budget for the Maryland Transit Administration (MTA), which provides public transportation to the Baltimore area, it is just another example of funding being directed to major projects in the Washington region.

The deep cut to MTA’s capital budget is particularly troubling as it was announced just weeks after the release of the Capital Needs Inventory report that the legislature required the transportation agency to produce that identified $4.6 billion in capital investment needed to maintain the current transit system in a state of good repair. The first year of the capital budget (FY 2020) alone cuts $90 million in current MTA projects, including state funding for the Howard County Bus Rapid Transit and an alarming $10 million cut to the Mobility program, which provides federally-mandated transit services for the elderly and individuals with disabilities in the Greater Baltimore region.

Altogether, these cuts will further delay badly needed maintenance to preserve the existing transit system and threatens the way the system operates now, which is already at unacceptable levels.

The current state administration downplays the $345 million cut to the MTA capital budget citing “record investments in transit.” This public spin is misleading when examined from the Baltimore region’s perspective. The current investment is predominately attributable to legislatively mandated funding for the Washington metro system and paid for by a revenue increase that was passed during the administration of former Gov. Martin O’Malley.

Interestingly, while the state transportation capital budget cuts hundreds of millions in funding from MTA and zeroes out funding for any new projects, it does include nearly $140 million in state dollars for the planning and construction of the projects to widen the Capital Beltway and Interstate 270 that are advancing aggressively as a public-private partnership despite significant local opposition.

To be clear, the Greater Baltimore Committee has long been supportive of public-private partnerships as an effective method to deliver major infrastructure projects. However, we also recognize that these partnerships require upfront and ongoing public resources and are likely to divert funding from other projects across the state. Although public-private partnerships are structured differently than traditionally-funded public projects, from a public policy perspective, they should still be scrutinized through a resource allocation lens to ensure that equity is prioritized and that state investment is balanced across regions and modes of transportation.

In addition to fighting against cuts to the current transit system, it is also imperative that business and elected leaders from the Greater Baltimore region make sure they are collectively at the table as the state develops the Central Maryland Regional Transit Plan, a project led by MDOT and MTA to come up with a 25-year vision for the future of transit and transportation in the central part of the state. People with the Baltimore area’s interest at heart need to forcefully advocate to fund and move forward projects that would benefit the area.

Decisions made by state officials and elected leaders today will impact the Baltimore region’s transportation system for decades.

As the 2020 legislative session commences, the business community in Greater Baltimore encourages state officials to consider carefully how and where state transportation dollars are being spent and whether these choices are geographically balanced and truly reflect the priorities of businesses and residents across Maryland.

Donald C. Fry (donaldf@gbc.org) is president and CEO of the Greater Baltimore Committee.