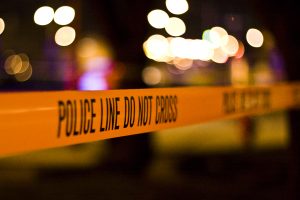 A new strategy to address violent crime in Baltimore was outlined for top business leaders April 20, and includes a plan to reduce homicides by 15% this year.

The five-year plan by Mayor Brandon Scott is still being formalized, but centers on declaring violence in the city a public health crisis and addressing it as such, with data and new strategies for intervention.

A draft was released last month, and a citywide Violence Prevention Task Force is being formed now. The plan is set to be aired in public hearings next month.

The main architects of Scott’s plan, Letitia Dzirasa, the city health commissioner and Shantay Jackson, director of the Mayor’s Office of Neighborhood Safety and Engagement said the new push will launch by mid-June and require a citywide approach to help quell violent crime.

“Accountability is about partnerships,” Jackson said, during a webinar sponsored by the Greater Baltimore Committee. “We are going into neighborhoods and communities to talk about assets they have.”

Jackson said the plan, part of a campaign pledge made by Scott who is in the fourth month of his first term, would be tied to data collection and tweaked as it rolled out.

Parts of it would be initiated at the Western Police District next month as a pilot program to help train city police officers on better community engagement. The plan also has a special focus to help divert juveniles away from committing crimes, and will also draw on the city’s faith-based communities for assistance.

Donald C. Fry, CEO of the GBC, said the nonprofit stands ready to help in the coming months.

“Public Safety is a top economic growth priority,” Fry said. “The GBC looks forward to engaging directly with the Scott administration to identify opportunities to assist with both short-term and long-term strategies, including utilizing our member companies that actively participate on our Education & Workforce, Public Safety, and Coalition for a Second Chance committees. As the Mayor has repeatedly stressed, addressing violent crime is not an issue just for the Baltimore Police Department but for all who are committed to the well-being of the city.”