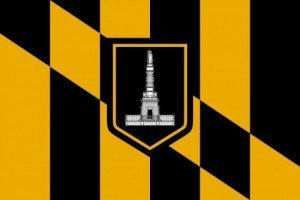 Through June 2, Baltimore residents will cast their ballots in the Primary Election for Mayor, City Council President, City Council seats and Comptroller.

With Baltimore’s “strong mayor” form of government, a lot of eyes are focused on the race for the city’s top executive seat. The next mayor needs to be a transformative leader as he/she will have significant influence on the future direction of the city.

Baltimore has had more than its share of disappointment among its elected officials in recent years. It is imperative that Baltimore elect a mayor who can measure up and provide leadership and direction to the city to address the many complex issues currently facing it.

As a public service, the Greater Baltimore Committee launched an election education series in April called “In Their Words,” which provides the viewpoints of candidates for Mayor and City Council president on a number of major issues, such as crime, transportation and leadership.

The GBC does not endorse or provide financial support for any candidates for public office. But it does believe it has a role to help educate voters about the candidates and encourage city residents to get involved and vote.

On the critical question of leadership, the GBC asked the candidates for mayor: “Baltimore is at a crossroads and is in need of strong, ethical leadership. Why are you the best candidate to lead the city into a new decade and chapter?”

A sampling of the responses from the leading Democratic candidates is illuminating and provides voters with a snapshot of the diversity of thinking among candidates on this compelling issue.

Baltimore City is at a crossroads. The qualities of leadership and integrity are integral for a candidate to instill the needed faith and trust in our citizens to bring about transformative change.

The outcome of the June 2 primary election will have a profound effect on the city for years to come.

Elections matter and have consequences. It is critical that voters become informed and exercise their right to vote.

It is time for voters to take the lead, get involved and elect the mayoral candidate who can ensure Baltimore navigates the crossroads with the highest ethical standards.

Donald C. Fry is president and CEO of the Greater Baltimore Committee.