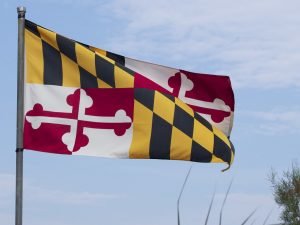 To say this year’s legislative session will be unlike any other in Maryland’s long history would be an understatement.

Lawmakers making their annual trek to Annapolis January 13 for the General Assembly’s 442nd session in the midst of the Covid-19 pandemic will legislate behind plexiglass and masks. Half the delegates in the House will have to meet at a second location when the body convenes. Lobbyists won’t be able to roam the halls. And prohibitions against large gatherings will prevent rallies at the newly renovated Lawyers Mall in front of the State House.

What remains the same are the major issues: the budget, public education reform and taxes. The similarities end there. The pandemic has pummeled businesses and they will be looking for relief. Organizations like the Maryland Chamber of Commerce, the Greater Baltimore Committee and the Maryland Free Enterprise Foundation face more pressure than ever to advocate successfully for the business community.

Only a limited number of people will be able to testify virtually on bills. Normally droves of business owners would flock to Annapolis for hearings on controversial legislation.

Front and center among the “big issues” is the state budget, which Hogan will unveil Jan. 20. As the only constitutional mandate for lawmakers, the budget is always a critical part of the annual legislative session, but the pandemic increased the magnitude of its importance this year. Maryland’s financial situation is better than the dire forecast presented to officials last April, yet the state still faces a significant hole because of the pandemic. State legislative analysts estimate an $816 million structural deficit in fiscal 2022, which begins July 1.

Maryland’s revenue streams have remained resilient but are tracking below their pre-pandemic levels. Officials have noted displeasure about the lack of state aid in the most recent $900 billion stimulus package passed by Congress in December. Democrats in Maryland hope more aid will come after President-elect Joe Biden takes office.

At the same time Maryland is working to close its deficit, businesses need the state to help them recover from what has been an economic catastrophe. The Hogan administration has already made more than half a billion dollars available for small business relief, but advocates and business owners say they need more help.

Hogan on Jan. 11 unveiled emergency legislation that, with General Assembly approval, would offer $1 billion in relief. In addition to hundreds of millions in tax relief for businesses and residents, the proposal would send direct payments of up to $750 for families and $450 for individuals receiving Maryland’s Earned Income Tax Credit, or roughly 400,000 Marylanders, at a cost of $267 million.

The Maryland Comptroller’s Office estimated at least 30,000 small businesses could close because of the pandemic. Comptroller Peter Franchot and State Treasurer Nancy Kopp have called for money to be spent from Maryland’s “rainy day fund” to help.

Donald C. Fry, CEO of the Greater Baltimore Committee, said his organization is also advocating for funding that would help accelerate the economic recovery for small and minority-owned businesses that struggle to get access to capital.

Many lawmakers will want to focus their attention on providing a lift to workers who are struggling to pay rent or put food on the table. The General Assembly will also have to tie up some loose ends from last year’s session, including a major public education reform plan that will cost $32 billion over the next decade. The legislature passed the bill as well as several tax-related measures to pay for it. Hogan vetoed the “Blueprint for Maryland’s Future” reform legislation as well as the revenue-generating bills, citing the impact of the pandemic.

Senate President Bill Ferguson and other Democrats have argued the tax targets large tech companies like Facebook and Amazon. But Republicans and business advocates say the tech giants will pass on the additional cost to small businesses and consumers. If the General Assembly upholds Hogan’s veto, the tax will likely be challenged in court.

Fry said the GBC believes the existing tax credit programs are essential because they make up less than 1% of the state’s budget and play a large role in attracting investment.

“When you think about the leveraging factor that they provide for economic growth and job creation, it’s well worth the expenditure of those dollars, particularly when you have high unemployment and things of that nature,” Fry said. “I think it’s worthy of a debate and discussion, but when you do a full analysis of it you see that those tax credits do leverage money that fuels economic growth in the state of Maryland.”

The GBC is pushing for the creation of an angel investor tax credit, a measure it has advocated for the past several years. This year’s iteration of the bill is sponsored by Democratic Sen. Katie Fry Hester.

Here are some of the other issues that will likely come up that could impact businesses and the Baltimore region:

To read the complete article, go to bizjournals.com/baltimore