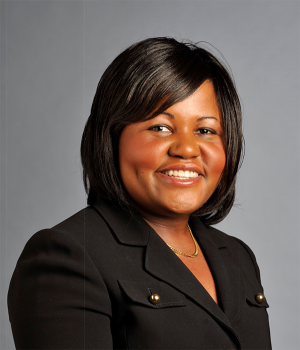 Editor’s note: The following article appeared on www.bizjournals.com on November 4, 2018.

Alicia Wilson of Sagamore Development Co. and Delali Dzirasa of Fearless Solutions have been selected to a national list of influential young executives.

The Business Journals’ Influencers: Rising Stars spotlights 100 people in business across the country who are having an impact relatively early in their careers on their companies and their communities. And, because they’re still early in their careers, these executives could be shaping how business gets done in cities across the country for years to come.

Follow these links to read more about Wilson, vice president of community affairs and legal adviser for Sagamore, and Dzirasa, founder and president of Fearless. Both profiles come from the Baltimore Business Journal’s 40 Under 40 publication from 2017, where both Wilson and Dzirasa were honorees.

Wilson, Dzirasa and the rest of the Influencers: Rising Stars were identified in conjunction with editors and staff writers across The Business Journals’ network of more than 40 publications, including the BBJ. The first-of-its kind list draws in large part from the various Forty Under 40 profiles and similar efforts produced by The Business Journals publications over the past year.

From that initial pool of well more than 1,000 executives who’ve been profiled locally over the past 12 months, the field was narrowed to ultimately spotlight the 100 executives featured for Rising Stars.