Sheridan Todd Yeary believes broadband internet access should be a public utility, not a “resource of privilege.” 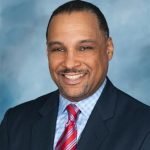 The lack of internet access and digital devices in many low-income communities and communities of color in the U.S., commonly referred to as the “digital divide,” is among the many socioeconomic issues that has been highlighted and exacerbated by the Covid-19 crisis. Yeary, who is a social justice advocate and senior pastor of Douglas Memorial Community Church and Affiliates, said offering internet as a publicly accessible utility, like water and electricity, could be an effective strategy for helping to close the digital divide.

Yeary spoke to nearly 200 businesspeople during a June 26 webinar hosted by Greater Baltimore Committee focused on structural racism and closing racial wealth gaps. Covid-19 and the recent killing of George Floyd, a Black man, in Minneapolis police custody, have spurred a new wave of critical discussions around how racial inequities play out in the U.S.

“In many ways, when we talk about closing the wealth gap…[that] means closing the technology gap,” Yeary said.

Technology and the internet have been widely acknowledged as critical tools for social and economic upward mobility. Yeary explained that if those resources cannot be equally distributed and utilized by poorer communities of color as they are by wealthy, predominantly white communities, they will serve to widen the kinds of resource gaps minority communities are already subjected to — including in the criminal justice and legal systems, the housing market, public health, the workforce, public and higher education systems and more.

He noted that some of the pandemic’s most acute digital consequences have been felt by minority school children in Baltimore and beyond. For example, he said some students may be struggling to complete their homework assignments using cell phones because they do not have access to a computer at home. Some who are housing insecure may not know whether the places they are sleeping each night have connectivity.