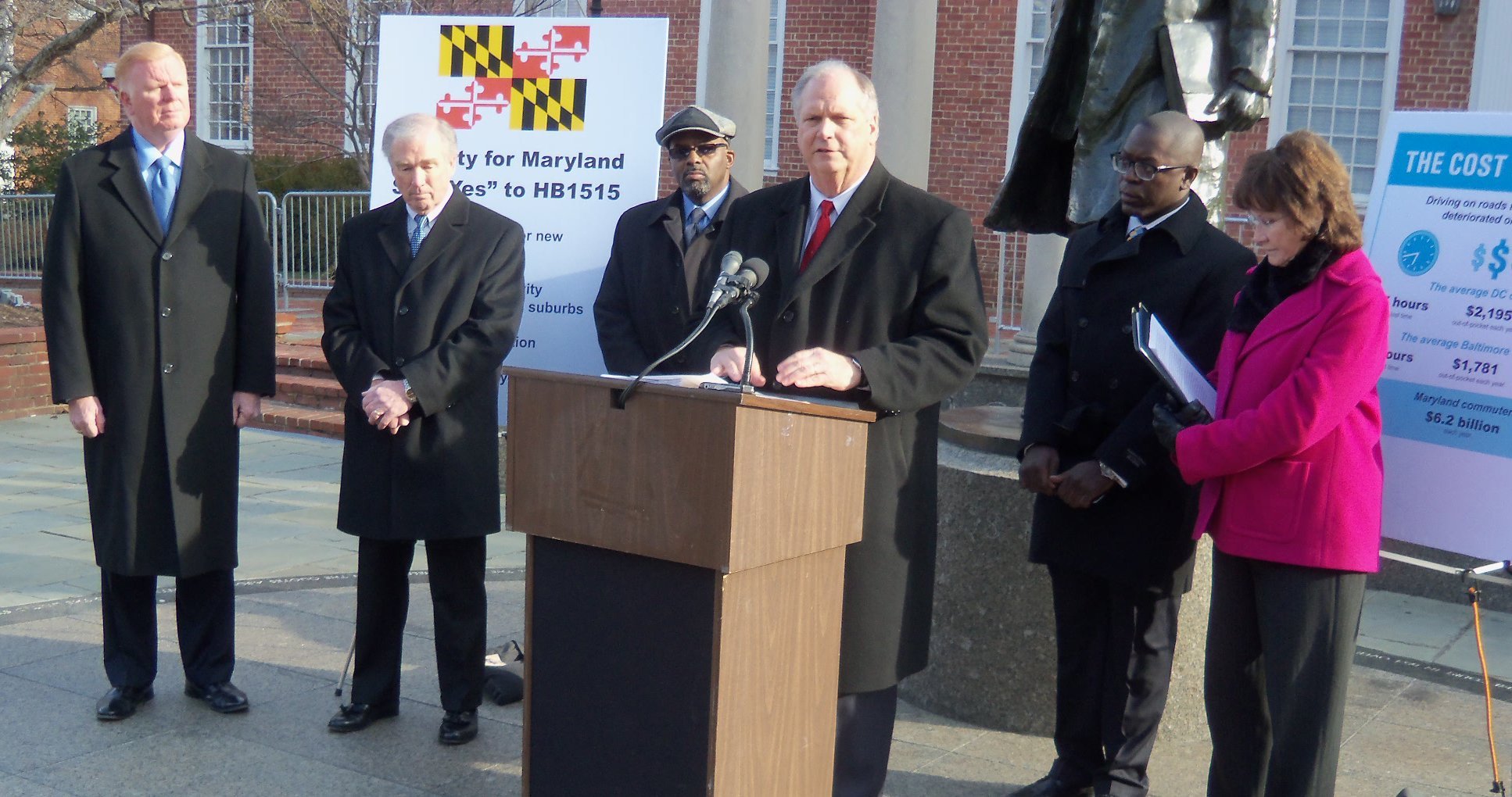 At a morning news conference on March 15, leaders from the Greater Baltimore Committee, the Greater Washington Board of Trade, the Maryland Transportation Builders and Materials Association and two representatives of construction-trade labor unions urged lawmakers to pass the proposed measure to raise $800 million in annual new revenue to the state’s transportation fund.

Lawmakers began considering the legislation that afternoon with a hearing in the House Ways and Means Committee.

Strengthening revenue to Maryland’s Transportation Trust Fund to address the growing crisis in funding the state’s transportation infrastructure has been a top priority for the Greater Baltimore Committee for more than five years.

When it comes to chronically-stagnant funding for transportation infrastructure, “we are at a crisis point today and it’s time for the Maryland legislature to act,” said Donald C. Fry, president and CEO of the Greater Baltimore Committee. “We’re far behind right now. It’s going to be hard to catch up.”

The administration legislation represents “an opportunity that can’t be lost,” said Jim Dinegar, president and CEO of the Greater Washington Board of Trade.

Union leaders both noted negative consequences to the state’s roads and its construction labor force that has resulted from the dramatic slowdown in construction work on projects caused by the transportation funding crisis.

Construction activity in the state is occurring, “but at a much slower pace,” said Jermaine Jones, a representative of the Laborers’ International Union of North America (LiUNA). “It’s important that we do something to put these men and women back to work.”

“There’s nothing in the pipeline now in Maryland,” said James Russ, president of the Maryland Transportation Builders and Materials Association. “There’s nothing going on except a bridge rebuilt here and an intersection there. It’s patchwork.”

“Our employees live in both rural and urban areas, and all of them need to get to the office every day. Long commute times and getting stuck in traffic really do affect their performance and productivity,” she said. “As our area’s roadways become more congested, I am concerned that mobility will be a critical factor in our ability to attract and keep the best talent, as well as our ability to expand our business in the future.”

Commute time was the most important factor in her company’s office-location decision, Pannee said. “I would not want the next generation of families to find their quality of life compromised due to mobility and transportation safety issues.”