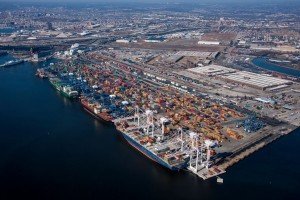 Editor’s Note: This commentary was published on CenterMaryland.org on July 24, 2015.

That’s just one of the many changing dynamics for exports as the economy in the Baltimore region adjusts to supply and demand.

More changes are no doubt in store for exports as business in the region responds to an increasing global marketplace. In fact, when it comes to exports, the Baltimore region has a lot of assets to market and plenty of room to grow.

That’s one of the key findings as the Global Cities Initiative in Baltimore moves forward.

Baltimore is one of eight regions in the U.S. that was selected earlier this year by the Brookings Institution to be part of the Global Cities Initiative Exchange’s 2015 group. This project aims to help leaders in select U.S. metropolitan areas reorient their economies toward greater engagement in world markets – in other words being more aggressive in exporting to emerging markets the goods, services and brain power of the region.

Leaders from the eight metropolitan areas selected for Global Cities, including Baltimore, convened earlier this week in Salt Lake City, Utah to present research findings and the challenges and opportunities for expanding exports – thus ensuring the region remains competitive and supports job and wage growth.

Some of the Baltimore team’s findings highlight the room for growth the region has for exports.

Let’s take a look at a few of the interesting findings presented and discussed in Salt Lake:

In 2014, the Baltimore region ranked 28th out of the 100 largest U.S. metro areas when it comes to the total value of exports. In Baltimore’s case that value was $12 billion in 2014. That represents a 40 percent growth of export value since 2004.

But when you look at the Baltimore region compared to its peers (regions with total export values between $10.5 billion and $13.6 billion), Baltimore falls in the middle of the pack. Cities like Cincinnati and Cleveland are a bit ahead of Baltimore. Denver leads the pack.

So Baltimore clearly has room for export growth within its peer group.

A surprising number is that the Baltimore region ranked near the bottom – 90th out of the 100 largest metro areas when it comes to the percentage share that exports represent of the Gross Domestic Product (GDP). While our region ranks 19th largest in gross metropolitan product out of 381 metropolitan areas, only about 7 percent of that GDP comes from exports.

What that 7 percent figure represents is an opportunity to grow our region’s economy. Although we are generating a lot of economic activity in the region there is a significant amount of untapped, for whatever reason, export potential.

We know from some of our research and surveys that the companies that would benefit the most from a well-developed and implemented Metro Baltimore Region Export Trade Strategy are midsize and small companies.

Many such companies responding to our survey indicated that they don’t know where to turn to for help to identify foreign markets for their goods or services. Also, due to a lack of staff or expertise they haven’t had a chance to fully contemplate a strategy or business plan for developing and tapping export opportunities.

Clearly there is room to enhance the flow of information and provide training and education to our small and mid-size companies in the region about existing public and private sector services to help identify potential export markets, and to guide companies as they maneuver through previously unchartered waters of foreign regulation and customs procedures to realize global opportunities.

Baltimore has a great seaport in the Port of Baltimore, poised and ready to handle more business. It also has access to excellent rail for cargo, a top-drawer international airport, and a strong concentration of entrepreneurial, medical, educational, and high-tech talent.  Clearly these are all great assets for expanding the region’s exports.

Places like China, India and South America are among the points on the globe that economists say future business growth is calling. They are hungry for our goods, services and expertise.

But as we learned on the trip to Salt Lake City, we’ve got some work to do so we can take advantage of the changing global economy, assist our regional companies as they expand in the global marketplace, improve our competitive edge, and realize our economic potential as a region.

Donald C. Fry is president and CEO of the Greater Baltimore Committee and chairman of the Hire One Youth initiative. He is a regular contributor to Center Maryland.