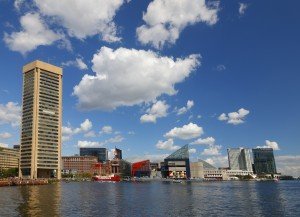 Editor’s note: The following commentary appeared on CenterMaryland.org on July 1, 2016.

If you live in the Baltimore region or most likely anywhere in the state, chances are that you are well aware that Baltimore’s image has taken it on the chin. The tragic death of Freddie Gray, the ensuing civil unrest, and the criminal trials in connection with the Gray incident have all been an unfortunate negative drumbeat.

For some who don’t know the city, the images of buildings on fire, street marches, and indicted police officers going into court replayed over and over on CNN and other 24/7 news broadcasts confirmed that the Baltimore area was indeed the hard-edged city depicted in the HBO TV crime drama series, The Wire.

But for those who live in the city and the region and know its many riches, Baltimore is not The Wire.

Sure, like any big metro region it has its share of challenges. But an argument can be made that these challenges have been overplayed by national press reporters.

Many people suggest that a major national advertising campaign would rebuild Baltimore’s image. It’s not a bad idea – but it would be costly and require a long-term sustained public relations effort.

Another way to raise the region’s profile is old-fashioned word of mouth communication. In fact, as any seasoned ad executive will tell you, word of mouth advertising – testimonials – can be an effective marketing strategy. Someone you trust shares a story or an interesting fact about a person or place and you begin to look at things differently.

With this is mind, let me suggest to all those planning to travel outside the area for summer vacations or excursions that you print out or bookmark this list of attributes that Baltimore has going for it.

When someone starts to talk about the civil unrest or The Wire at a social outing politely interrupt, pull out the list and sing Baltimore’s praises.

By sharing these and other positive trends and attributes in the Baltimore region this summer, we might just help get the region’s image headed in the right trajectory. And that’s right where it belongs.

Donald C. Fry is President & CEO of the Greater Baltimore Committee. He is a frequent contributor to Center Maryland.