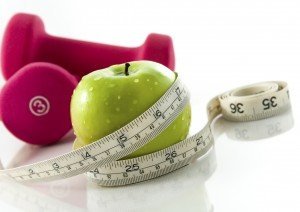 John Howl’s decision to work to stop diabetes is personal.

“We as a family know that diabetes is a very serious issue,” said Howl, CEO of Broadmead. “We know from personal experience because of my wife having been diabetic and insulin dependent for 25 plus years. She passed away about two years ago. It was a devastating overall life experience to see her go through those changes but it brought us together as a family. It helped us to understand the complications of the disease.”

In an effort to fight diabetes and promote wellness in the workplace, in 2013 the ADA’s Maryland Chapter partnered with the Greater Baltimore Committee and launched the initiative to engage six regional CEOs and their employees by promoting aspects of their company’s wellness activities, such as screenings, walking and cycling programs.

At the event the six executives participated in a panel, moderated by WJZ anchor Mary Bubala. They shared their successes and discussed the importance of the cause and setting a healthy example.

Last year the GBC’s Health Care Committee formed an exclusive partnership with the ADA’s Maryland Chapter in a year-long pilot program ‘CEOs Stopping Diabetes.’ Data has shown that when CEO’s personally lead corporate wellness programs the results improve dramatically in terms of compliance. Initially the GBC recruited six of its CEOs to take part in this program. Each CEO was encouraged to initiate and lead his or her own programs to promote corporate wellness.

This year’s program builds on the achievements of year one and includes the original cadre of six CEOs, plus the six additional CEOs.

“You’re influencing people in your own organizations and then sometimes what you don’t see is they’re taking it home and they’re sharing it with their families ,” Kathy Rogers, executive director of ADA’s Maryland Chapter, said to the CEOs. “The power that you have to change lives is astounding.”

Highlighting the importance of the initiative and the impact the CEOs have in their workplaces, Rogers shared with the audience that if present trends continue, one out of three adults will have diabetes by the year 2050.

For information about the ADA’s Maryland Chapter, click here.