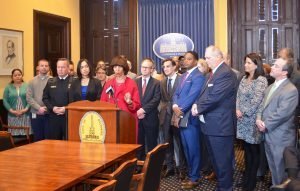 Below are comments made by Donald C. Fry, President and CEO of the Greater Baltimore Committee, at the December 13, 2017 press conference with Baltimore Mayor Catherine E. Pugh to announce that funding has been secured to launch a Roca program in Baltimore as part of the city’s efforts to reduce crime.

Four GBC member organizations have agreed to provide the city with the funding needed to launch Roca in Baltimore. They are: BGE, Johns Hopkins University, T. Rowe Price and The Whiting-Turner Contracting Company.

Roca is a crime prevention and intervention program which has a track record of success in the Boston area. 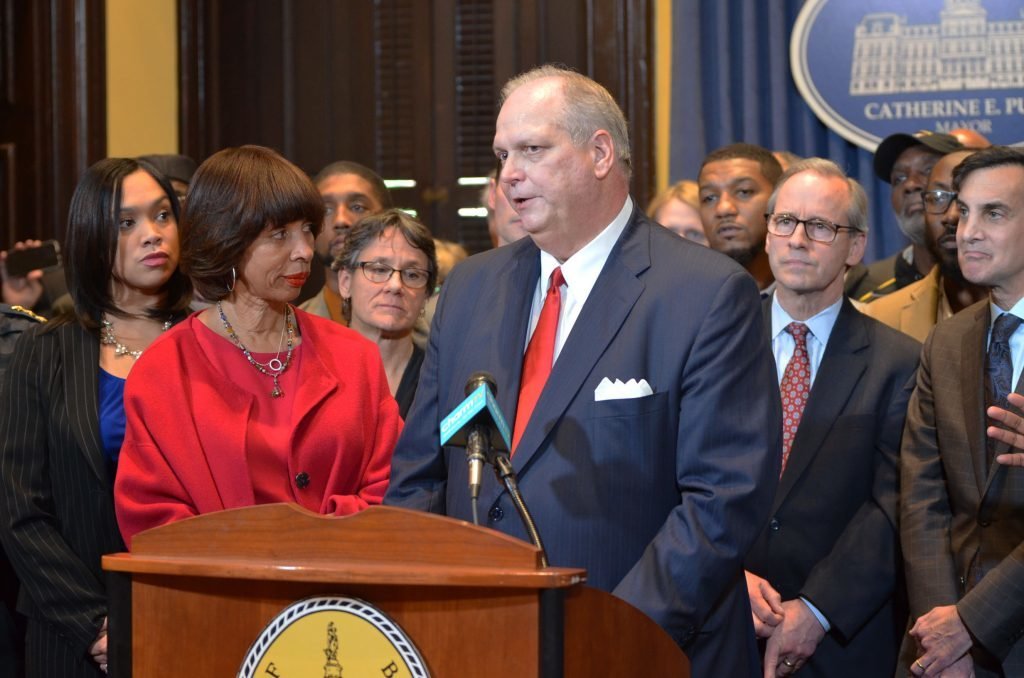 What follows are Don Fry’s comments:

I’m Don Fry, President and CEO of the Greater Baltimore Committee. Let me first thank Mayor Pugh for inviting me and several members of the GBC Board of Directors here today.

We are joined by Paul Tiburzi, our new Board chair, Calvin Butler from BGE, President Ron Daniels from Johns Hopkins University, and Tim Regan, President of Whiting-Turner.

The Greater Baltimore Committee agrees wholeheartedly with the Mayor that public safety – the reduction of homicides and violent crime – is the top issue facing the City of Baltimore. Our board of directors has identified this issue as the number one issue facing the city. It is essential to reducing crime not only for the protection of the citizens of Baltimore but as a key component to ensure economic growth and job creation. Our citizens, employees, clients and the visitors to Baltimore deserve to be safe.

There are many positive things happening in Baltimore. But all too frequently they are overshadowed by daily reports of violent crime and homicides.

There is no easy solution and there is no magic elixir – but important steps must be taken and it requires a sense of urgency. Today’s announcement is one of those steps. We commend the Mayor’s determined efforts to bring Roca to Baltimore.

The Mayor has asked for our support for Roca, Safe Streets and other public safety initiatives. The GBC was pleased to act as a “bridge” to bring the mayor and some of our top executives together.

The Mayor often talks about the importance of collaboration. The GBC is pleased to support the Mayor and to be part of a collaborative and coordinated effort to attack this challenge confronting the city.

I will close by saying that this effort is not the end of the GBC’s involvement with this top priority. We look forward to working with the Mayor, Police Commissioner and others to develop and seek support for additional new approaches and solutions to address crime in the city. Ensuring public safety in Baltimore is the GBC’s highest priority – as it is for the Mayor.