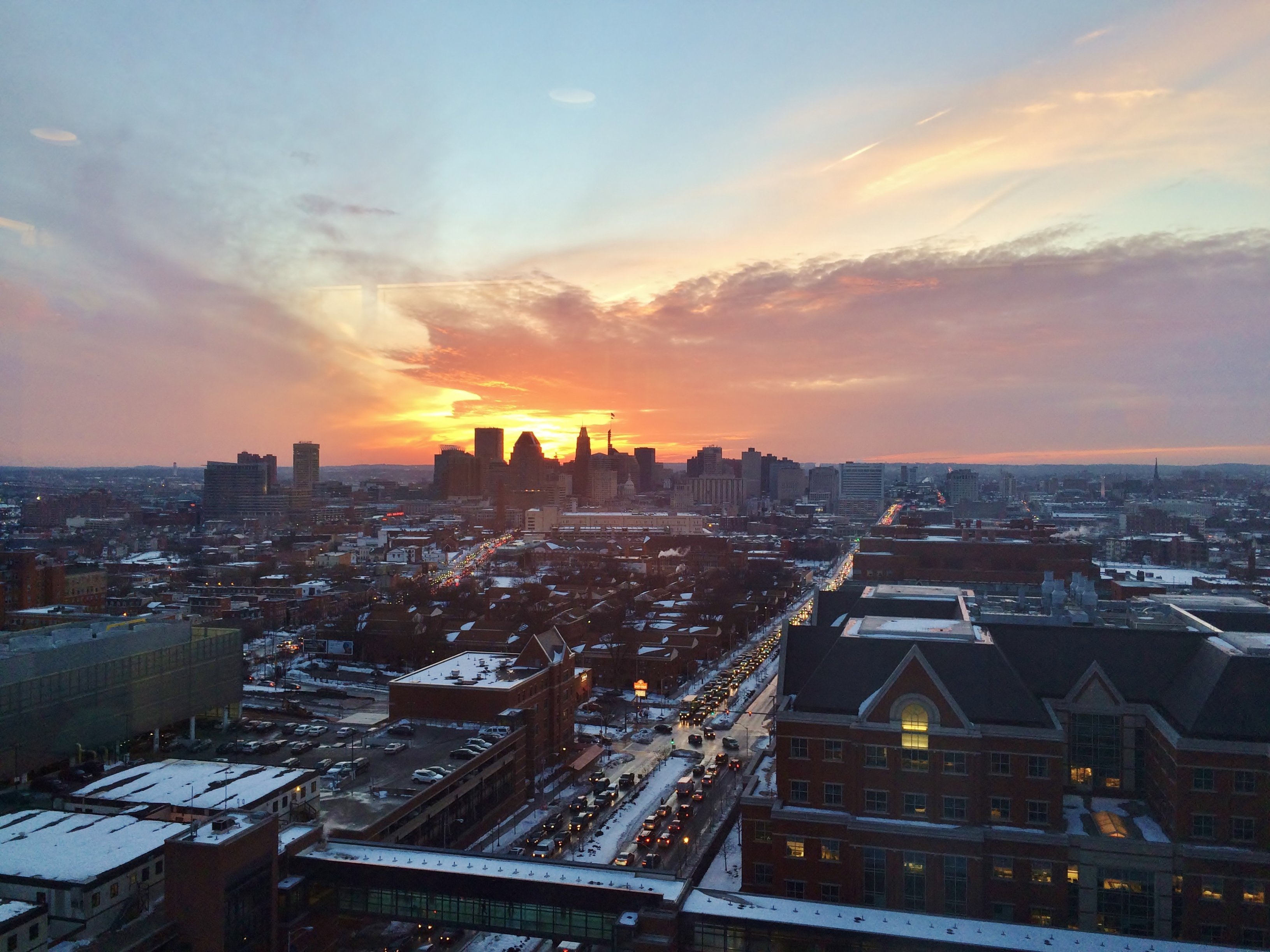 Description: The purpose of the Economic Development Committee is to create a vibrant and diverse regional economy that increases the quality of life for workers and provides the necessary support for sustainable regional growth. The committee seeks to ensure that programs and policies are in place that improve business competitiveness in the Greater Baltimore region.

Membership: Membership in the Economic Development Committee is open to all GBC members.

The GBC Economic Development Committee met on June 24, 2020, to hear two briefings. First, Ethan Cohen, Senior Project Coordinator from the Baltimore City Office of the Mayor, and Brad Rogers, Executive Director, South Baltimore Gateway Partnership, provided a presentation about The Middle Branch Waterfront, a multi-year project committed to building a system of parks, trails and public amenities along 11 miles of the Patapsco River shoreline from the Locust Point Marine Terminal to Masonville Cove in South Baltimore. The property is currently a patchwork of vacant land, active industrial uses, long-fallow development sites, and underutilized parks that are disconnected from one another or the nearest neighborhoods. Following this discussion, Andy Bauer, Vice President & Regional Executive of Research for the Federal Reserve Bank of Richmond, Baltimore Branch, provided a briefing on the U.S. economy as it deals with the COVID-19 slowdown. Bauer noted that while the economy is still down from where it was in March prior to the COVID-related economic slowdown, there are signs of economic improvement, including a stabilization in manufacturing and an uptick in retail spending. However, Bauer predicted that the long-term recovery will likely be slow, especially in the labor market that saw an historic impact stemming from the pandemic.

The GBC Economic Development Committee held a virtual meeting on April 29, 2020 featuring presentations from two distinguished speakers. The first speaker was Stephen Umberger, District Director of the Baltimore District for the U.S. Small Business Administration (SBA). His presentation focused on the SBA’s small business relief programs in response to COVID-19, which include the Economic Injury Disaster Loan, Economic Injury Disaster Loan Advance and the Paycheck Protection Program. The next presentation was provided by Daraius Irani, Ph.D., Chief Economist with the Regional Economic Studies Institute and Vice President of the Division of Strategic Partnerships and Applied Research for Towson University. Dr. Irani discussed what he sees for the economy, including an estimation of unemployment rates for Maryland and the region, the economic impact of the pandemic, and how the recovery will look. Dr. Irani predicted a significant fall in Gross Domestic Product due to the COVID-19 pandemic with an impact on near-term economic activity, including an increase in unemployment and underemployment and decreasing consumer sentiment and housing starts. Dr. Irani did note that Maryland’s unemployment rate may remain lower compared to many other states largely due to the federal government as a dominant source of employment.

In 2019, the Economic Development Committee focused its work on a variety of issues related to economic development in the Greater Baltimore region. The committee received briefings on the status of Opportunity Zones from Ben Seigel, Opportunity Zone Coordinator for the Baltimore Development Corporation and from Colin Tarbert, Baltimore Development Corporation’s (BDC) President and CEO, on the economic development agency’s activities and plans for the future. Briefings were also provided by Chris Ryer, Director of the Baltimore City Department of Planning and from James “Mac” McComas on Johns Hopkins University’s 21st Century Cities Initiative.

The Economic Development Committee met on December 3, 2019 and received a presentation on Opportunity Zones from Ben Seigel, Opportunity Zone Coordinator for the Baltimore Development Corporation. Seigel, who visited the Economic Development Committee a year ago when the Opportunity Zones tax provision was a newly-created benefit in the federal Tax Cuts and Jobs Act of 2017, discussed the progress Baltimore City has made to best utilize the incentive. This began with the hiring of Seigel to ensure that Baltimore City is in the strongest position to benefit from the tax provision. Hiring an individual focused on enhancing the benefit of this incentive is now being considered by other large cities, but Baltimore City had the foresight to do this from the beginning. Opportunity Zones, which are meant to spur private investment in distressed communities by creating a federal tax incentive for investors in real estate or operating businesses within specified Census Tracts, have spurred some investment that may not have resulted without the incentive in place. While tracking the success of this tax provision is made difficult by the lack of mandated reporting, Seigel reports that Baltimore is well-positioned to utilize the benefits offered by this incentive to the fullest.

In a joint meeting of the GBC’s Economic Development Committee, Bioscience Committee, and Innovation and Technology Committee on October 1, 2019, Colin Tarbert, President and CEO of the Baltimore Development Corporation (BDC), provided a briefing on the BDC and his vision for economic development in Baltimore City. The BDC serves as the economic development agency for Baltimore City and is responsible for retaining and attracting businesses, expanding job opportunities, and increasing investment in neighborhoods. He was named the BDC’s President and CEO on April 15, 2019. Tarbert, who was joined by BDC staff Kristen Dawson, Andy Cook and Shawn Gunaratne, said they are currently undergoing an internal process to determine the vision for organization. He also wants to strengthen the BDC, which is often seen as a transactional organization. To do this, Tarbert wants to bolster a number of areas including policy, research and analytics and better push programs and initiatives. He is also in the early stages of creating the Comprehensive Economic Development Strategy (CEDS), which is required by the federal government to be completed every five years. For this CEDS plan, Tarbert envisions the creation of a broad and inclusive economic development outlook for economic development in Baltimore City.

The GBC’s Economic Development Committee met on April 16, 2019 with Chris Ryer, Director of the Baltimore City Department of Planning. Ryer, who has served as the department head since February 2019, leads the Department of Planning which works to build Baltimore City as a diverse, sustainable and thriving city of neighborhoods and as the economic and cultural driver for the region.

Ryer discussed the report “A New Era of Neighborhood Investment: A Framework for Community Development,” which focuses on three key strategies: expand resources and capacity for community development; promote access and equity; and invest in all neighborhoods. He also shared his vision regarding impact investment areas, which are located strategically near anchor institutions, major redevelopments and recent neighborhood investments.

The GBC Economic Development Committee met on February 5, 2019 and engaged in two discussions. First, the Committee received a presentation from Teresa Birge, GBC’s Senior Policy Analyst and Special Assistant, on the GBC’s Blueprint for Economic Success. This effort is driven by a desire for a clear and cohesive economic development strategy for Baltimore City meant to complement, not duplicate, existing efforts taken by the Baltimore Development Corporation and others around the federally mandated Comprehensive Economic Development Strategy. Birge’s presentation was followed by a discussion about potential recommendations that could enhance the Blueprint for Economic Success project.

The Committee also learned about the work of the Johns Hopkins University’s 21st Century Cities Initiative from James “Mac” McComas, Program Coordinator. His remarks focused on creating economic growth in Baltimore City, including the state of the financing and lending systems available to the business community.

The Opportunity Zones program was created in December 2017 by the federal Tax Cuts and Jobs Act to provide incentives for investment in distressed communities. Maryland has 149 designated Opportunity Zones, 42 of which are located in Baltimore City.

Seigel discussed what zones are eligible for investment, including 17 in West Baltimore, 11 in East Baltimore, one in Downtown Baltimore, four in Southeast Baltimore and nine in South Baltimore. The U.S. Treasury estimates that this new program will realize up to $100 billion in private capital investment in distressed communities over 10 years.

The Economic Development Committee’s October 9, 2018 meeting featured Michael Higgs, Executive Director of the Maryland State Department of Assessments and Taxation (SDAT), who shared progress the department has made to improve its services. SDAT has three primary purposes: assessment of property; administration of tax credit programs; and process and maintain business charter filings. Higgs said SDAT has been focused on modernizing the department, improving customer service and helping to create a better climate for Maryland businesses.

The project aims to catalyze development, attract new businesses, create new jobs and improve safety and security. While not part of LifeBridge’s development plans, the company is supportive of investment and improvements to the neighboring Pimlico Race Course.

Lisa McNeilly, Director of Sustainability for the Baltimore Department of Planning, discussed the 2018 Baltimore Sustainability Plan at the GBC Economic Development Committee’s August 28, 2018 meeting. The Baltimore Office of Sustainability develops and advocates for programs, policies and actions by government, residents, businesses and institutions that improve the long-term environmental, social and economic viability of Baltimore City. A Commission on Sustainability was created, which is working to implement a City-wide plan, which is expected to be released later this year.

The GBC Economic Development Committee engaged in two discussions at its June 5, 2018 meeting. First, Brian Levine, GBC’s Vice President and Special Assistant to the President and CEO, discussed the recommendations contained in Baltimore Mayor Catherine E. Pugh’s 2017 Transition Report that were focused on economic and employment development. The report, which concentrated on eight core areas, included an economic and employment development section that was segmented into four key areas: Workforce Development and Youth Employment; Attracting, Retaining and Expanding Businesses; Neighborhood Retail Development; and Arts and Culture as an Economic Driver.

BARCO, which works to build anchor facilities that nurture and grow Baltimore’s creative people and organizations, develops real estate into powerful platforms for creativity and community building with a goal to strengthen Baltimore’s human, social and economic capital by providing access to quality space, leveraging shared resources and building social networks and a sense of community. Bonitz said that since 2007, BARCO’s efforts have led to redevelopment in 12 neighborhoods, $500 million in investment and 800 new housing units.

The Committee received a presentation about the 2018 legislative session of the Maryland General Assembly, which concluded Sine Die on April 9, 2018. Regarding economic development, the legislature passed bills to expand community benefits districts in Baltimore City, allow for single sales factor apportionment of corporate income taxes (rather than three factor apportionment) and improve the One Maryland Tax Credit incentive for distressed jurisdictions.

The Economic Development Committee met on February 6, 2018 with Annie Milli, Executive Director of Live Baltimore, whose mission is to recruit and retain Baltimore City residents. 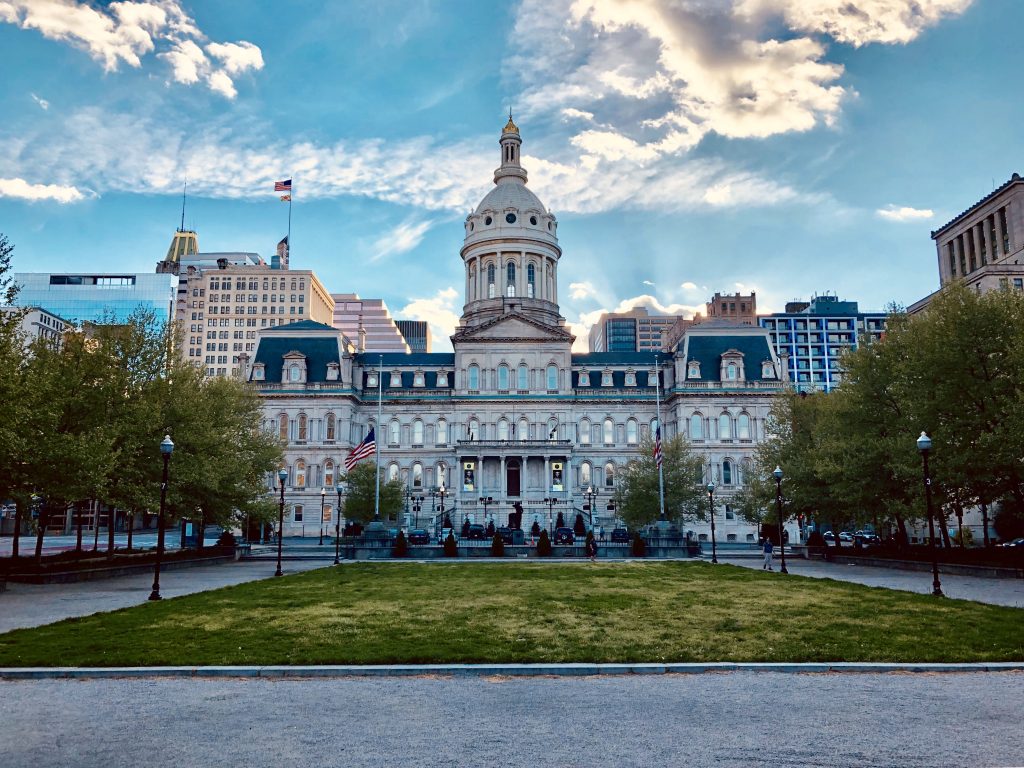 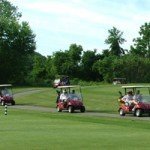