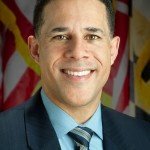 TOD creates integrated neighborhoods, where public and private infrastructure work together seamlessly to better facilitate the daily lives of those who live there. The federal government, through the Pilot Program for Transit-Oriented Development Planning, promotes TOD by allowing states and localities developing new transit systems to apply for planning funds around new stations. These grants are used to better incorporate transit options into community planning, bolstering economic growth around those transportation hubs. Today, localities that want to use their existing transit systems for this kind of development cannot access these funds.

The bipartisan MORE TOD Act removes that barrier. Under the legislation, communities can apply for these government grants and utilize the funds to promote economic development around existing stations. By building on this successful program, the MORE TOD Act looks to create more inclusive, sustainable and connected places to live, work and play.

“Like many Americans, St. Louis area residents rely on robust transit systems to get to work quickly, efficiently and cheaply,” said Congresswoman Ann Wagner. “Reliable transit systems can improve quality of life by giving workers more flexibility and spurring economic development. This legislation will invest in local transportation options so Missouri’s families can reap the benefits of a better connected community.”

“When transit stations are the focal point for equitable economic growth, communities see increased ridership, lower household transportation costs, and a better return on investment,” said Jason Miller, CEO of the Greater Washington Partnership. “Yet many stations, including some in the Capital Region from Baltimore to Richmond, have not reached their full potential as catalysts for economic activity.  The Greater Washington Partnership has identified increasing transit-oriented development as a priority in the Capital Region and we commend Representative Brown for his leadership on the MORE TOD Act.”