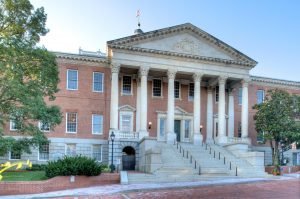 Check out the priority legislation that the GBC weighed in on which received hearings last week in the Maryland General Assembly.

In addition, the Maryland General Assembly has reached the halfway point of its 90-day legislative session. The halfway point allows for the opportunity to take stock in where things stand for the business community. While much is not known and bills will begin to move quickly in the coming weeks, the major issues for business are well established.

Read more about the priority legislation and the major issues for business in the February 27, 2017 State House Update.