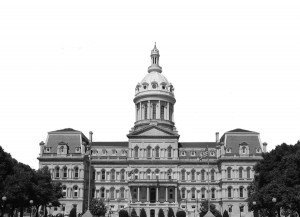 Editor’s note: The following commentary appeared on TheDailyRecord.com on June 19, 2015.

Bear with me as I reach back in time.

In August of 1999 the Greater Baltimore Committee issued a report outlining eight specific goals that candidates running for election to a city office should embrace to improve life in Baltimore and make it a highly attractive area to locate or expand business operations and create jobs.

The top goal in that call to action still resonates today: Reduce homicides and violent crime in Baltimore City by 50 percent.

Specifically, this call to action in the GBC’s First Things First- Goals for the City stated:

“To dramatically reduce Baltimore City’s homicide rate, which in 1998 was 314, we favor the employment of a ‘focused deterrence’ strategy similar to Boston’s successful homicide reduction effort. In Baltimore, a Violence Reduction Task Force, comprised of key city, state and federal law enforcement officials, is crafting such a strategy. While we await specific details, we agree that government leaders, public safety officials and the business community must commit to a research-based, strategic and collaborative intervention to reduce homicide in our city.”

This brings us to present-day Baltimore, where last month there were 42 homicides, the most in a month since 1990.  As we near the midyear point, the city has so far logged 135 homicides.

The recent bloodshed, which comes in the wake of Freddie Gray’s  death from injuries sufferred in police custody, has triggered a flood of national news interest on the city. Virtually all of the reports have focused on negative aspects of Baltimore.

This has led to a downturn in patronage for a broad swath of businesses that rely on visitors coming into the city to visit Baltimore’s world-class attractions and tourist sites, such as the National Aquarium and Science Center, to dine at our restaurants, and to spend money at our stores and shops. Across the board, businesses have suffered.

City council members have come and gone since the GBC recommendation was issued almost 16 years ago. So have mayors, police commissioners and city state’s attorneys.

But the homicides and non-fatal shootings continue to plague parts of our city. And once again elected officials, at all levels, debate piecemeal tactical solutions to this ongoing nightmare.

It’s time Baltimore confronts this problem with a cohesive strategy based on best practices from around the country.

This “strategic and collaborative intervention” — to borrow our words from 1999 — must be framed in the short run to quickly reduce the killings and shootings. Over the long term, this strategy should ensure that fully funded resources and capabilities are put in place to prevent this senseless march of death.

This public safety threat is damaging to Baltimore’s hard-earned reputation as a dynamic promising city that breathes art, culture, vibrant neighborhoods, and world class education and medicine, to name but a few of its many attributes.

First and foremost, the key parties committed to the well-being of Baltimore, including the governor, mayor, police commissioner, rank and file police officers, and the city state’s attorney, must set aside any and all personal agendas and focus on one simple agenda – the greater good of Baltimore City. It’s all about putting differences aside and reconnecting Baltimore.

With no time to waste, we need to publicly declare that putting an end to the senseless killing and the gun violence is priority No. 1.

Along with that, our leaders should articulate a clear strategy to address the homicide rate and gun violence.

Possible solutions to include in such a strategy might range from expeditiously providing body cameras for police; providing sufficient camera storage capacity to ensure that future criminal investigations are not jeopardized; clearly articulating acceptable police investigatory and arrest practices’ and/or expanding existing violence-prevention program such as Safe Streets or Ceasefire to the communities experiencing the highest number of homicides and shootings.

There are experts in this realm in the Baltimore-Washington region and in other cities who could be tapped and could assist in expeditiously crafting a unified strategy that delivers results.

Business leaders are not criminologists so it would be out of place to demand specific strategies. But one thing that business leaders are certain of – when confronted with a crisis and it is necessary to effect change — you need a sense of urgency and an agreed-upon strategy that is promptly and effectively implemented.

The best strategy and tactics need to be identified and agreed upon soon so the hard work of getting the homicides and non-fatal shootings in check can start in earnest.

The Fraternal Order of Police must be part of the solution by announcing support behind such a plan and urging their membership – the police on the streets — to help save a city in peril.

It is time for all – the business community, neighborhood groups, and faith-based leaders – to join together and express outrage.

Until this city can get a handle on homicides and shootings, the contagion of fear and ill-ease that stalks Baltimore’s reputation as a safe place to come study, work or run a business will persist. The insatiable news cycle will feed on it — and from it.

To demand accountability that quick action is taken to reduce the surge of homicides and shootings, perhaps we should all don shirts like those worn by some who joined street protests after Freddie Gray’s death. They carried these simple, but powerful words:

We must stop killing each other.

Donald C. Fry, president & CEO of the Greater Baltimore Committee, writes a monthly column for The Daily Record. His e-mail address is donaldf@gbc.org.