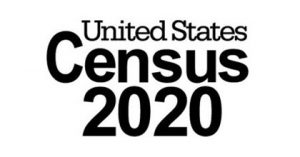 To put this loss in context, the counties that surround Baltimore in the region all gained population, according to the 2020 census. The population of Baltimore County and Anne Arundel County are both larger than Baltimore’s. Their populations gained 6.1% and 9.4% respectively. The city was one of just four jurisdictions in Maryland to lose population over the past decade; the others were on the Eastern Shore and Western Maryland.

In 1950, Baltimore was the sixth-largest city in the U.S. with almost a million people. Fast-forward to 2020, and Baltimore ranks 30th, behind Louisville and Memphis. Baltimore’s population loss was expected. Figures released in 2019 by the U.S. Census Bureau foreshadowed the 2020 count.

Still, the decades-long trend of residents leaving the city — and that loss not being offset by enough new residents moving in the city – is not only troubling but unacceptable.

This is an “all hands on deck” moment for Baltimore. The trend must be reversed. A concrete, adequately funded, long-term sustainable approach is needed. A one- or two-year deal won’t make a noticeable dent in the population slide.

A lot is riding on the population figures.

First, a larger representation in the state legislature ensures a higher degree of leverage when debating contested policy issues. Montgomery County, with more than a million residents, and Prince Georges County, with almost a million, will carry significant sway politically in the state.

Also, population numbers count dearly when it comes to policy support and funding at the state and regional level. While politicians in other parts of Maryland are often heard to say they want Baltimore to succeed and be provided with needed funding, the statewide funding formulas that address policy issues are often predicated on a jurisdiction’s population.

Population numbers also hold sway when it comes to federal funding for a host of important programs. These range from Medicaid to food assistance for needy families to preschool programs, law enforcement and public housing. Time will tell what the population loss will mean for Baltimore when annual federal funding is recalculated based on census numbers. But a recent example is worth considering.

Baltimore city initially was expected to receive $670 million under the American Rescue Plan, passed by Congress early this year. But once the new population numbers were taken into consideration, Baltimore now will receive $630 million. That’s a $40 million difference, which could have been used to fund any number of high-priority programs in the city. No doubt Mayor Brandon Scott and Baltimore City Council members grimaced when they learned of the $40 million adjustment.

Another issue that comes with population loss is vacant homes and blight. A city that once had a housing stock to accommodate close to 1 million residents now has a significant inventory of vacant properties. Baltimore has approximately 15,600 vacant properties, 1,350 of which are city-owned, according to The Baltimore Sun. That’s a significant loss of property tax revenues, as well as other tax revenues, that would have been generated if people lived in those homes and were spending in the city.

So where do we go from here?

On Aug. 12, the day the 2020 census figures were released, Scott announced that his administration will launch Baltimore’s Growth Plan for 2030. According to the release, the plan will “prioritize four core values to improve quality of life for Baltimore residents: Building Public Safety, Transparency and Accountability, Navigating COVID-19, and Cultivating an Inclusive, Equitable Economy.”

The release went on to say that the plan will focus on, among other things, resident retention and attracting middle-class families to the city.

The four core values, all of which are staples of the Scott administration, are worthy and meritorious goals and should be supported.

But additional steps and action needs to be taken.

Live Baltimore, a nonprofit that seeks to retain and attract residents issued a study in January, which includes valuable information and recommendations that could help in growing the city’s population.

Likewise, the Greater Baltimore Committee will explore best practices utilized in other comparable large cities across the country that have experienced growth and formulate a set of recommendations to reverse the city’s population decline.

Since the population losses started in the 1950s, Baltimore has had 14 mayors who have faced the population slide. Within the last decade, one Mayor specifically launched an effort to attract 10,000 families to the city over 10 years, but it never gained sufficient traction as was evidenced by the 2020 census results.

It’s time for Baltimore to get focused seriously on a sustainable long-term effort to reverse a population decline that threatens to undermine the city’s vitality, attractiveness and the tax base itself.