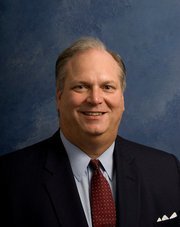 Stop the presses. Legislative leaders on both sides of the political spectrum in Annapolis agree on one tax issue – reducing Maryland’s estate tax.

But Democrat and Republican leaders who spoke at the Greater Baltimore Committee’s 2014 Legislative Forum last Monday talked past each other on other key issues including local storm water fees, taxes in general and the minimum wage.

It’s safe to assume that some form of legislation will pass to ease the estate tax burden during the next four years by increasing, from $1 million to $5.25 million, the minimum threshold above which an estate is subject to taxation in Maryland. It’s likely that such a bill would face little or no opposition.

On most other issues, consensus is elusive under the State House Dome.

Speaker Busch pointed out that the federal government mandates funding for cleanup of storm water pollution flowing from densely populated areas into the Chesapeake Bay. Storm water plans have also been implemented in nearby states, including Delaware, Pennsylvania, New Jersey and Virginia, he said.

He noted that Maryland’s 10 jurisdictions required to comply with the law asked state leaders for the right to decide how to implement the federal mandate at the local level and state lawmakers gave them that authority.

“This is the idea that government at the local level would make those decisions,” Busch said. “If the fee is not what people want, they can go back to their local governments and make adjustments in that fee.”

He also suggested that those seeking state income tax relief have the option of looking to local governments, which have the authority to adjust their piggy-back income taxes. “They have the ability to do that,” Busch said. “If a county wants to come in and lower their piggy-back tax, I think the state can accommodate them.”

House Minority Whip Szeliga noted that, however they are enacted, taxes are a significant issue for small business owners, including one friend who is selling his business and moving to Texas and another who has moved a large part of his business to South Carolina.

It’s anecdotal, to be sure. “But I’m hearing ‘taxes, fees, and regulations’ from these small business owners,” Szeliga said.

Senate Minority Leader Brinkley suggested that the state try to do some type of income exclusion from pass-through taxable income for small business owners.

Regarding Maryland’s minimum wage – the issue du jour in Annapolis – Democrat leaders all said they support increasing it above the existing $7.25 per hour, but expressed reservations about potential nuances.

“I think the minimum wage needs to go up. But I don’t know how to do it, how fast to do it, and who to affect when we do it. This is not one-size-fits-all,” Senate Majority Leader Robey said. “I want to see it done under the right conditions and in the right areas.” A minimum wage increase could be “devastating” to Ocean City and Western Maryland, where businesses are “trying to survive,” he said.

“I am not anti-minimum wage,” Economic Matters Chairman Davis said. “But when you start trying to raise it to the point where, as they say, you can raise a family on it, I think we have a big problem with that. That’s not what the minimum wage, in my opinion, was intended for.”

Educational opportunities, workforce development, apprenticeships and training initiatives “would do more to help our workers,” Davis said. “You can’t raise a family on $7.25 an hour, but to be honest, you can’t do it on $10.10 either.”

Brinkley suggested that, instead of raising the minimum wage, the state should reduce taxes through the Earned Income Tax Credit for the working poor.

Meanwhile, on the spending side of Maryland’s ledger, Robey warned that lawmakers are expecting to make some budget cuts in order to increase the projected balance in the state’s general fund at the end of FY 2015 to $100 million – up from the $37 million balance projected in Governor Martin O’Malley’s budget.

“We use a lot of smoke and mirrors and transfer of funds and so forth. We sell bonds instead of using cash for certain things. I think we’ve just about explored all those options,” he said.

Maryland needs to move to a sustainable tax structure that fits our future economy and to a fiscal planning process that will generate the revenue our government needs without inhibiting economic growth and job creation and without forcing our lawmakers to have to resort to “smoke and mirrors” to make ends meet.

Donald C. Fry is president and CEO of the Greater Baltimore Committee. He is a regular contributor to Center Maryland.