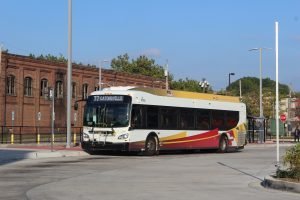 It’s been nearly three years since I co-published a commentary that noted that the Baltimore region’s transportation system was failing to meet our economic needs. Unfortunately, there hasn’t been significant improvement since then.

The cancellation of the Red Line in 2015 killed a project that promised to connect residents in distressed Baltimore-area neighborhoods to workforce centers and other essential destinations. To date, the Maryland Transit Administration’s (MTA) $135 million BaltimoreLink bus route redesign launched in 2017 hasn’t spurred major economic development or meaningfully improved access to jobs for residents in underserved locations.

Current state budget trends for transportation also are concerning. In the 2019-2024 Consolidated Transportation Plan, capital funding for the MTA declines precipitously from $678.8 million in Fiscal Year 2019 to $326.6 million in Fiscal Year 2024. Yet, a recent report detailing the capital needs for maintaining the existing transit network (not building anything new) highlights a $2 billion budget shortfall over the next 10 years.

These policy and funding decisions underscore a pattern of disinvestment in the Greater Baltimore region, one of the state’s key economic drivers. Meanwhile, the state has committed to several major projects in suburban Washington, D.C., including a $9 billion public-private partnership (P3) plan for widening and tolling of I-270/I-495 and construction costs approaching $3 billion for the Purple Line.

The good news is that a key planning process is underway that provides an opportunity to turn this lack of investment around.

It is critically important for business leaders and major employers, along with commuters and residents of the region, to speak up and get involved. Now is the time for all of us to reach out to state and local elected officials, members of the Central Regional Maryland Transit Plan Commission, and leaders of the Maryland Department of Transportation and MTA to voice support for a Regional Transit Plan that establishes a bold yet attainable vision that can be implemented in the near term.

We must collectively advocate for a plan that contains actionable recommendations that: (1) encompass immediate, mid-, and long-term objectives; (2) can be reflected in current state and local capital and operating budgets and planning documents; and (3) include detailed plans for preservation, expansion, and connectivity across systems in the region that translate into projects with timelines.

The Baltimore region’s employers, workers, university students and residents deserve a visionary 25-year plan that will deliver the highly connected, multimodal transportation network that moves people and goods efficiently throughout the region.

It’s a “must have” for the Baltimore region to provide much needed access to employment hubs, attract and retain a highly-skilled workforce, succeed in a global economy that will only grow more competitive in the years ahead and secure its place as a thriving and dynamic ecosystem of innovative and entrepreneurial economic activity.

Donald C. Fry is President and CEO of the Greater Baltimore Committee. This column originally appeared in the Baltimore Business Journal on Friday, August 16.

To attend the 2019 Transportation Summit on Sept. 9 at the Baltimore Marriott Inner Harbor at Camden Yards, register here.