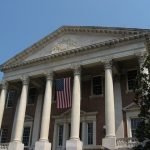 While many are focused on the holiday celebrations and New Year’s resolutions, elected state officials have their eyes set on the opening of the 2020 Maryland General Assembly session.

The 90 day session, which commences January 8, is shaping up to feature a number of controversial issues that would affect state policy for decades and could have a significant impact on employers and Maryland’s business climate.

The issue likely to dominate the session is public education reform proposed by the Kirwan Commission.

The commission wants to ensure that the state’s high school graduates are college or career ready.

The price tag is significant: $4 billion annually over 10 years. But if the goal is achieved it would be a significant benefit to the future workforce of Maryland.

Other issues expected to spur debate include:

These issues and others will take center stage at the Greater Baltimore Committee’s annual Legislative Forum on January 27, which will feature top state legislators, including new Senate President Bill Ferguson. (Get your tickets here.)

It’s never easy to predict what issues will bubble to the forefront at any General Assembly session.

But what is certain is that once the annual legislative session opens in January, you can safely expect the unexpected.