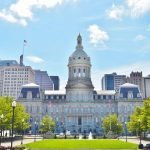 Fall is barely upon us, but already the race for Mayor of the City of Baltimore is beginning to take shape and voters need to pay attention.

As the city readies for the April 28 primary, the compelling question for voters to consider is:

What kind of mayor does Baltimore need?

I suggest to you that Baltimore needs a strong and transformational leader as its Mayor.

What are some of the common traits found in such a leader?

As the Mayoral race takes shape, voters would do well to focus on looking past the media spin and to support candidates who display such traits.

By choosing such a candidate, only then will the next elected mayor not merely lead Baltimore, but dramatically transform the city for the betterment of current residents and the generations that follow.