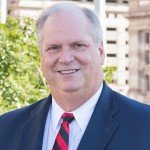 The 2018 State of the Region Report released by the Greater Baltimore Committee (GBC) and the Baltimore Metropolitan Council highlighted the rapid pace at which the Baltimore region is increasing in racial diversity.

Since 1998, the white population in the region has decreased from 82% to 61%, while the percentages of African-American and Hispanic populations have more than doubled — from 14 to 29% and 3 to 6%, respectively. Women have a slight population advantage representing just over half — 52% — of the region’s residents.

Yet the number of firms owned by minorities has not increased at the same pace as the population gains and overall ownership does not reflect the racial and gender demographics of the region. The report highlights that, while there have been increases across categories of ownership, only 21.5% of firms are women-owned, 5.2% are black-owned and 2.1% are Hispanic-owned.

According to a 2018 report of the Executive Alliance, a Maryland-based women’s leadership organization, women comprise approximately 17% of boards for Fortune 500 companies in Maryland, less than the national average of 22%.

As demographic diversity in the region continues to grow, significant opportunity exists to enhance diversity in business and institutional leadership. The business case for doing so has never been stronger.

In fact, numerous national and international studies point to the increasing importance of diverse, equitable and inclusive workplaces — not only for employee attraction and retention but also for profitability and favorable brand image.

McKinsey & Co.’s 2018 Delivering through Diversity report provides statistical evidence that diversity in gender and race/culture within organizational leadership yields better financial performance. According to the report, companies in the top quartile for gender diversity on executive teams were 21% more likely to outperform their peers on profitability, while those in the top quartile for ethnic/cultural diversity on executive teams were 33% more profitable as compared with their industry peers.

Business and institutional leaders must embrace and leverage the Baltimore region’s growing diversity as a strength and an economic advantage in the rapidly changing global economy.

Increased diversity alone is not enough to promote positive change without intentional policies and actions to be more equitable and inclusive and to cultivate a sense of belonging within organizations and throughout the community.

The Greater Baltimore Committee’s first-ever Bridging the Gap Diversity, Equity and Inclusion Summit on Oct. 21 will explore these topics in depth with national and regional experts. The half-day event is designed to bring together majority, minority and women-owned businesses and civic organizations to discuss strategies for transforming culture within businesses and institutions and across the broader community to initiate or accelerate efforts to be more diverse, equitable and inclusive.

What do we mean when we talk about embracing diversity within an organization? How does that translate into action? Why aren’t there more African-American CEOs in Baltimore — a majority-minority city? Why aren’t there more women in the boardroom? Why do women still consistently make less than men for performing the same job?

These are tough questions to explore in a work environment.

Often, folks only feel comfortable discussing these sensitive topics privately in a “safe space” among like-minded and homogenous peer groups. One goal of the summit is to create what inclusion experts refer to as a “BRAVE” space — in which diverse members of our business community of different ages, races, genders, sexual orientations and ethnicities will come together to openly discuss strategies for addressing these challenges within organizations and throughout the region.

The Bridging the Gap Diversity, Equity and Inclusion Summit will not solve the challenge of cultivating more equitable and inclusive workplaces. But it will certainly be a catalyst for civil and solutions-oriented dialogue about how business leadership at multiple levels can come together to understand our biases, develop deeper cultural competencies and acknowledge the region’s remarkable diversity. The summit is a great starting point to engage in uncomfortable discussions that will make our region stronger.

Donald C. Fry is the president and CEO of the Greater Baltimore Committee and a regular contributor to The Daily Record. This column originally appeared in The Daily Record on Thursday, August 22.

To attend the Bridging the Gap Diversity, Equity and Inclusion Summit 2019 on Oct. 21, register here.