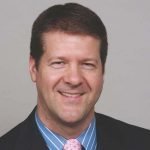 Join regional business leaders for a conversation with Greg Fitchitt, Senior Vice President of Development for The Howard Hughes Corporation, who will provide an update on the ambitious plan to reinvent the 400 acres of Downtown Columbia.

Downtown Columbia has been a highly successful suburban town center, identified with The Mall in Columbia, Merriweather Post Pavilion and Lake Kittamaqundi. Now, with 14 million square feet of new, compact, mixed-use, high density development approved under the Downtown Columbia Plan, the area is undergoing a comprehensive transformation. Approximately 1.4 million square feet has already been delivered, and more new residential, office, retail and public space is anticipated to break ground later this year. Columbia, Jim Rouse’s vision of a city planned and designed for people, is celebrating its 50th birthday this year. The Downtown Columbia Plan is the platform for Columbia’s continued success for the next 50 years as Howard County’s urban center.

Fitchitt joined The Howard Hughes Corporation (HHC) in 2013. In 2014 he relocated to Maryland to focus on the Downtown Columbia development plan to transform the suburban town center into a 21st Century urban village. Most recently Fitchitt led the efforts resulting in the Howard County Council’s approval in November 2016 of a $90 million TIF for public infrastructure and a comprehensive plan for affordable housing in Downtown Columbia. Before joining HHC, he completed nine shopping center redevelopments as a developer for Westfield on the West Coast, totaling more than $530 million in investment.

In addition to his professional activities, Fitchitt currently serves as President of the Downtown Columbia Partnership and is a member of the Howard County Chamber of Commerce Board of Directors.

For event and sponsorship information, contact Sophia Silbergeld, Director of Membership and Member Relations, at 410-727-2820.