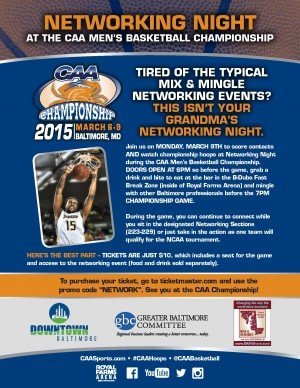 To purchase tickets for Networking Night, visit www.ticketmaster.com and use the promo code “NETWORK.”

The 10 teams will play nine games over the four-day tournament.

More than 25,000 fans are expected to attend this year’s event.