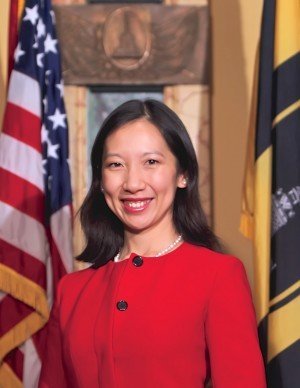 Join Baltimore City Health Commissioner Dr. Leana Wen and her Special Advisor for Opioid Policy, Evan Behrle, for a conversation about how businesses and the business community can help fight the opioid epidemic, while supporting affected employees.

Dr. Leana Wen is the Commissioner of Health in Baltimore City, where she oversees the nation’s oldest health department and is reimagining the role of local public health. Facing an unprecedented number of people dying from overdose, Dr. Wen issued a blanket prescription for the opioid antidote Naloxone to all of Baltimore’s 620,000 residents. In two years, the program has saved approximately 1,500 lives. Other transformative projects include a collective impact strategy that has reduced infant mortality by nearly 40 percent in seven years; an initiative to get every child glasses who needs them; and a program to engage returning citizens and hospitals in treating violence as a contagious disease.

A board-certified emergency physician, Dr. Wen was a Rhodes Scholar, Clinical Fellow at Harvard, consultant with the World Health Organization and Professor at George Washington University. She has been published more than 100 articles including in The Lancet, JAMA, and Health Affairs. The author of When Doctors Don’t Listen, she is regularly featured on NPR, CNN, New York Times, Washington Post, and USA Today. In 2016, Dr. Wen was the recipient of the American Public Health Association’s highest award for local public health work, the Milton and Ruth Roemer Award. Governing magazine recognized her in November, 2017 as one of nine Public Officials of the Year honoring outstanding public officials who have made an indelible impact on the lives of the people they serve.

For event information, contact Sophia Silbergeld, Director of Membership and Member Relations, at 410-727-2820.