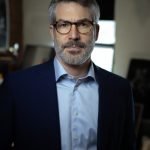 This event is closed to ticket sales.

Join the Greater Baltimore Committee and Thomas Abt, author of the forthcoming book Bleeding Out: The Devastating Consequences of Urban Violence – and a Bold New Plan for Peace in the Streets.

Thomas Abt is a Senior Research Fellow at the Harvard Kennedy School of Government. Both in the United States and globally, Abt writes, teaches, and studies the use of evidence-informed approaches to reduce urban violence, among other criminal justice topics. His forthcoming book, Bleeding Out: The Devastating Consequences of Urban Violence – and a Bold New Plan for Peace in the Streets, will be published by Basic Books in June 2019. His work is featured in major media outlets such as the New York Times, the Chicago-Sun Times, The Guardian, Vox, and National Public Radio.

Before joining Harvard, Abt served as Deputy Secretary for Public Safety to Governor Andrew Cuomo in New York, where he oversaw all criminal justice and homeland security agencies. During his tenure, Abt led the development of New York’s GIVE (Gun-Involved Violence Elimination) Initiative, which employs evidence-informed, data-driven approaches to reduce gun violence.

Before his work in New York, Abt served as Chief of Staff to the Office of Justice Programs (OJP) at the U.S. Department of Justice, where he worked with the nation’s principal criminal justice grant-making and research agencies to integrate evidence, policy, and practice. While at OJP, Abt played a lead role in establishing the National Forum on Youth Violence Prevention, a network of federal agencies and local communities working together to reduce youth and gang violence.

Thomas Abt, Senior Research Fellow at the Harvard Kennedy School of Government