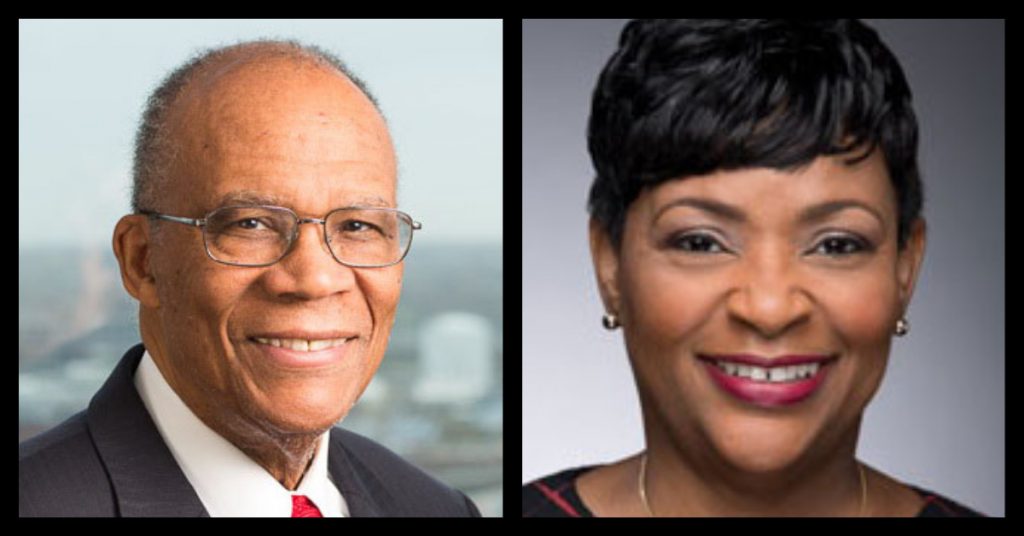 Please join the Greater Baltimore Committee and our esteemed panelists for a special event commemorating Black History Month. The panelists will discuss the role African Americans have played in government and legislative efforts to address racial equity and social justice.

Panelists and topics include:

Gibson grew up in Baltimore, attended Howard University for his undergraduate degree, and earned his law degree from Columbia University.

Gibson’s book “Young Thurgood: The Making of a Supreme Court Justice,” describes the environment, people and events that shaped Thurgood Marshall in his formative years. The book won a 2013 International Book Award for biography.

Gibson is on the Board of Trustees of the Maryland Historical Trust and serves on the Baltimore City Commission for Historical and Architectural Preservation (CHAP). He is Chairman of the Commission to Coordinate the Study, Commemoration, and Impact of the History and Legacy of Slavery in Maryland.

The Honorable Adrienne Jones, Speaker of the Maryland House of Delegates

Prior to being elected Speaker, Jones held the distinction of being the first African American woman to serve as Speaker Pro Tem in the Maryland House of Delegates, serving in that capacity under Speaker Mike Busch for 16 years.

In February, 2019, Jones received the Casper R. Taylor, Jr. Founder’s Award, the highest award given to a member of the House of Delegates, recognizing her steadfast service. She has three times been named to the “Top 100 Women in Maryland” by The Daily Record, and was inducted into the Circle of Excellence for Sustained Achievement.

Speaker Jones is a proud alumna of the University of Maryland Baltimore County (UMBC) where she received her Bachelor of Arts degree in Psychology. She attended The National Security Seminar, U.S. Army War College in 2007. In 2008, she received an Honorary Doctor of Law Degree from Goucher College.

(If you do not receive your link by 4 p.m., February 24, please contact Lisa Byrd, Director of Events and Business Development, at lisab@gbc.org.)