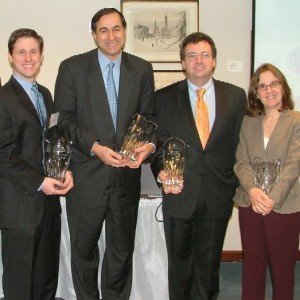 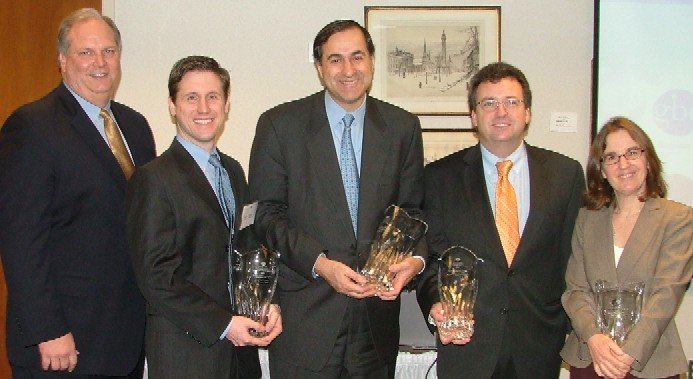 Winners of the Greater Baltimore Region Bioscience Awards are:

Entrepreneurial Spirit: Dr. Shira Kramer, President and Founder, Sterilex Corporation. Sterilex was the first company to introduce products specifically focused on biofilm in the control of microbial contamination. Kramer guided Sterilex through regulatory obstacles for 10 years to overcome the EPA registration process. Kramer’s leadership also drove the company to expand its technology to treat human infections. She made the company highly competitive while fulfilling her role as CEO.

Best New Product or Process: Lentigen Corporation. Using proprietary gene delivery technology for a wide range of applications in biotechnology and medicine, Lentigen’s applications can transport genes or gene slicing sequences into cells with high efficiency and stability. Lentigen Corporation received government funding to develop an improved and novel therapy for patients with Chronic Lymphocytic Leukemia (CLL). Lentiviral vectors allow for the rapid creation of stable cell lines and Lentigen has been working with the Department of Health and Human Services on development of a VLP-based influenza vaccine.

Leadership in Bioscience: Dr. Blake M. Paterson, Co-founder and CEO, Alba Therapeutics Corporation. Under the leadership of Dr. Blake Paterson, the growth of Alba Therapeutics has been meteoric and methodical. Alba has grown from one to 35 employees in two years. Founded upon a University of Maryland technology developed by Dr. Alessio Fassano, Alba’s methods have implications for drug/vaccine delivery to therapies for diseases. Dr. Paterson designed a strategic plan for the company to take it to successful growth. Starting with a small amount of seed capital, Dr. Paterson and his partners captured funding and positioned Alba to attract venture capital investment.

Best Academic/Industry Collaboration: Profectus Biosciences, Inc. Profectus Biosciences, Inc. worked in partnership with the Institute of Human Virology at the University of Maryland Biotechnology Institute to develop an antiviral therapy for HIV that addresses some of the ongoing problems associated with HIV treatment such as toxicity from treatments and drug resistance. Founded by experts in the fields of virology and immunology, Profectus was chosen by the Institute for Human Virology at UMBI to commercialize several products related to enhancing the treatment of HIV and similar viruses.

More than 120 leaders from the Baltimore region’s bioscience industry and research community attended the awards presentations at the Greater Baltimore Committee.

“It is terribly important that we recognize the growing success and accomplishment in our life science community,” said Donald C. Fry, president and CEO of the Greater Baltimore Committee, the region’s most prominent organization of business and civic leaders. “Today’s awards serve as notice of the emerging role that life science is to our region’s economy and the important role in will play in job growth.

“The Greater Baltimore Committee is committed to promoting this growing industry sector, in creating a better business climate for the industry to thrive, and educating business and elected officials of the need to leverage our assets to take advantage of the tremendous opportunities presented with bioscience. The region and state are in a great position to become a world leader in this field and we can’t afford to miss this opportunity.”

Winners of the 2007 Greater Baltimore Region Bioscience Awards were selected by a panel of judges from among 25 nominees submitted by businesses, bioscience advocates, higher education institutions and government agencies.