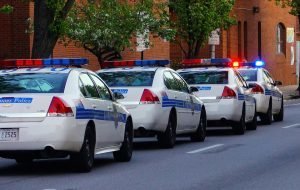 On April 20, 2021, the architects of Mayor Brandon Scott’s new crime plan for Baltimore City joined the Greater Baltimore Committee (GBC) for a discussion on the Violence Prevention Framework and Plan.

Dr. Dzirasa started the conversation by noting that “Mayor Scott’s vision is a really comprehensive multi-disciplinary approach. Mayor Scott has long recognized that violence is a public health issue and in order to address violence, we really have to address the root causes.”

The plan calls for a results-based accountability approach that considers indicators that may contribute to crime, such as equitable life opportunities, life expectancy and safety. “Making sure that we address the immediate concerns of gun violence in our communities with making sure that we’re taking a holistic approach that’s rooted in the social determinants of health and going further upstream around the prevention intervention spaces,” said Jackson.

The plan’s approach is:

Jackson said the draft for the plan was developed based on a range of sources, including Baltimore Police Commissioner Michael Harrison’s crime plan, the federal consent decree with Baltimore Police, the Mayor’s public safety priorities and community input.

“The Mayor won’t consider the plan finalized until Baltimoreans have had the opportunity to talk to us about it…to make sure that we’re setting the priorities together,” she said. “Mayor Scott does not believe that he can create a safe, healthy, thriving Baltimore City without all of us seeing the same city in our mind’s eye.”

The three pillars of MONSE’s plan are:

One aspect of the program that is rolling out in the next few weeks is the 911 Diversion Pilot project. Police will be able to handle the emergencies that specifically require a law enforcement response while clinicians and practitioners will handle other calls for assistance.

“The Baltimore Police Department can’t do the work alone,” Jackson said. “In the past, it has not been given the resources.”

As for addressing violence as a public health crisis, Dr. Dzirasa said “exposure to violence can actually influence your overall health outcomes. [Resolving the issue] involves going upstream and addressing the root causes of violence…recognizing the long-term implications of living in violent neighborhoods. It’s an ongoing cycle.”

Dr. Dzirasa noted that residents in violent neighborhoods may be prone to less exercise, have less access to healthy food and have fewer job opportunities. “We also know that there’s just general disinvestment in areas that are deemed to be more violent.”

Concerning organization partnerships, Dr. Dzirasa said, “We are all accountable. Everyone was extremely engaged in wanting to approach this holistically. This is going to have to be a city-wide approach.”

In discussing the factors that drive violent crime in Baltimore, Jackson said, “A lot of the things that drive violence in our city are about quality of life issues. It’s about looking to survive in the ways that you know how, based on what your environment has taught you.”

Noting that Baltimore will see approximately 1,400 returning citizens this year, Jackson said it’s important to make sure that they are provided paths to high quality of life and have opportunities to earn GEDs, vocational training and access to other resources. 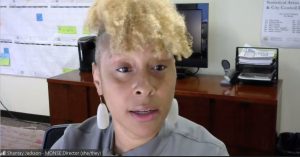 While several aspects of the plan have been rolled out and Phase II is slated for May 2021 through January 2022, Jackson stressed that the strategic plan is a five-year plan. The plan calls for a 15% reduction in gun violence year-over-year. “This office has been charged with making sure that happens. The clock is running now,” she said.

Donald C. Fry, President and CEO of the Greater Baltimore Committee, said, “Mayor Brandon Scott’s proposed Violence Prevention Framework and Plan is consistent with the two-pronged approach to crime reduction that the Greater Baltimore Committee has been advocating for since 2019. The first prong must focus on crime control, especially addressing repeat violent offenders. This tactic has to be coupled with a long-term sustained approach that addresses the root causes of crime, such as education and access to job training, poverty, disinvestment in communities, and also the racial and social disparities that exist in Baltimore. Both prongs of this crime reduction strategy must be implemented simultaneously with equal commitment and intensity. Neither approach on its own will address the crime crisis in the city.”

Fry also noted, “Mayor Scott’s public health and data-driven approach is a positive step of bringing multiple agencies in city government to identify, develop and expand effective programs to address these multiple challenges to ensure that future generations can break away from the lure of crime.”

Public feedback on the plan is being sought by the city through May 15. More specific feedback will be sought during the last two weeks of May.

To see the project tracker and provide feedback, go to monse.baltimorecity.gov.