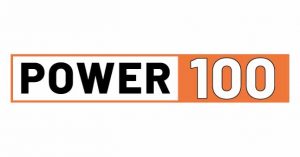 The Daily Record wrote of Fry: 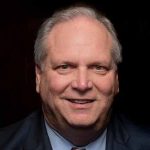 “During his tenure, the GBC has started several programs, including Bridging the Gap, which recognizes minority- and women-owned businesses, and the Baltimore Women’s Advisory Board, which provides assistance and resources to women interested in being leaders in business.”

Additionally, Calvin Butler Jr., GBC Board Chair and Exelon Utilities CEO; Mary Ann Scully, GBC Board Vice Chair and Howard Bank CEO and Board Chairperson; and Robert Embry, GBC Board Secretary and Abell Foundation President, have also been included on the list, along with the following GBC Board Members:

Selected by The Daily Record’s editorial team, the list recognizes the men and women across Maryland who are shaping our businesses, governments, nonprofits, law firms and other critical institutions. In essence, they are playing an outsize role in the culture, lifestyle, civic conversation and economic fortunes of Maryland, said Editor Thomas Baden Jr.

This list kicks off a series of Power Lists throughout 2021 that will showcase the most powerful figures in law, higher education, health care, manufacturing and other fields.

The Greater Baltimore Committee congratulates and thanks Donald C. Fry for his many contributions to the business community, countless boards and commissions, and his dedication to ensuring the Baltimore region is a great place to live, work and visit. Don Fry’s selection to the Power 100 is well deserved.