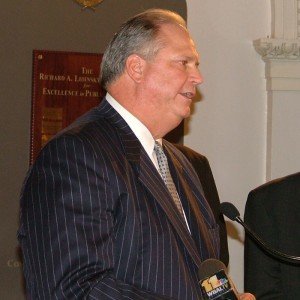 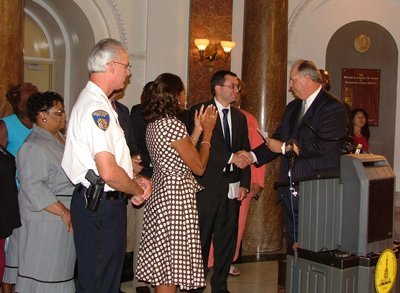 Participating in a City Hall news conference, Fry gave Dixon the contribution as the first installment of a $500,000 pledge the GBC has made to help expand Operation Safe Streets. The fledgling program has been a major factor in the more than 30 percent reduction in violent crime the city has experienced so far in 2008, city officials say.

Mayor Dixon is seeking $2 million to enable the Safe Streets initiative to expand to northeast Baltimore, Cherry Hill, and southwest Baltimore.  Dixon has contributed $1 million in city funds and is seeking $1 million from foundations and the private sector.

Safe Streets, a program managed by the Baltimore City Health Department, “gives us a compelling, ground-level strategy that communities can enthusiastically support” to reduce violent crime in the city, said Fry. A central element of the Safe Streets strategy is to place ex-offender “mediators” in violence-prone neighborhoods to resolve disputes that, without mediation, would often lead to violence.