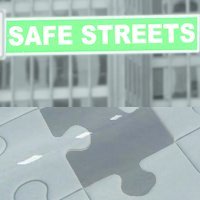 Imagine living in a place where the expectation is that there will be four murders in your neighborhood every year and a half.

In May 2007, McElderry Park in east Baltimore was just such a neighborhood. That’s when the Baltimore City Health Department picked McElderry Park — statistically one of the city’s most violence-prone areas — as the place to launch the Safe Streets program.

Safe Streets is based on a strategy employed by the Chicago-based Cease Fire initiative that dramatically reduced homicides and violence in that city. The strategy includes a unique outreach component where street-wise counselors mediate disputes and head off the kind of potentially violent confrontations and retaliations that for years have fueled much of Baltimore’s high homicide rate.

Thanks to funding support from business leaders and eight locally-based foundations, the Safe Streets program has been expanded during the last 20 months to four other city neighborhoods. To learn more, click here.

The results so far are encouraging, according to an interim evaluation by a study team from Johns Hopkins’ Bloomberg School of Public Health. In McElderry Park, there were no homicides since the program started and less non-fatal shootings in the area. The results were less conclusive in other areas where the program had been in place for only a short time.

Nevertheless, the McElderry Park results are encouraging, and raise expectations for the program’s longer term effectiveness.

A key element of the strategy is changing the attitudes toward violence among young men ages 18-24, an age bracket that accounts for 90 percent of the city‘s violent crime. In McElderry Park, homicide reductions were accompanied by significant changes in attitudes as well – 41 percent of the neighborhood’s young men were less supportive of using guns to settle disputes, the Hopkins study found.

This is an attitude shift well-worth cultivating further among the young men in our city. The Safe Streets program has achieved an encouraging early foothold in Baltimore and is well worth our continued support.

For the Regional Business Report, this is Don Fry, President and CEO of the Greater Baltimore Committee, for 88.1 WYPR, your NPR news station.