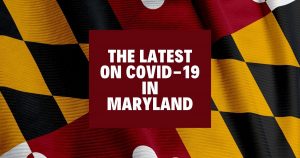 Governor Larry Hogan announced at an April 5 press conference that all Marylanders 16 and older are eligible to receive a COVID-19 vaccine at any of the state’s mass vaccination sites, beginning April 6.

The Governor also said that all healthcare providers in the state will be required to allow vaccines for all Marylanders 16 and older by Monday, April 12. While eligibility has expanded, individuals in Phase 1 and Phase 2 of the state’s vaccination plan will continue to be prioritized, the Governor said. Those aged 16 to 17 will only receive the Pfizer vaccine, per FDA mandates, the Governor noted.

The Governor also noted that Maryland had achieved its first day of more than 75,000 vaccines administered, bringing the total to more than 3 million total vaccinations. The first million vaccinations were allocated over a 67-day span, with the second million achieved within 27 days, and the third million in 19 days, he said. On average, 61,331 doses have been administered per day, with more than 120,000 doses per day in the past week, the Governor said. Of Marylanders aged 65 and older, 76% have received a vaccine, while 42% of all Maryland adults have received a vaccine. More than 500,000 Marylanders have preregistered for the vaccine since Phase 3 registration opened April 1.