The Greater Baltimore Committee honored Shock Trauma’s Dr. Thomas M. Scalea and former Baltimore County Executive Donald Mohler at its 64th Annual Meeting on May 13, 2019 before more than 1,000 GBC members and guests who attended the event, held at the Renaissance Baltimore Harborplace Hotel.

The GBC honored with awards the work of individuals who, over the years, have made significant contributions to the region. 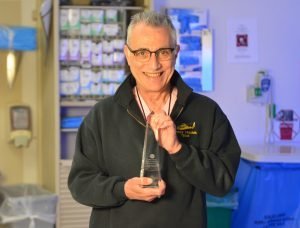 Since 1997, the GBC has presented Regional Visionary Awards to individuals who have significantly contributed to the betterment of the Greater Baltimore region. The award has been presented to political, education and business leaders for their vision and roles in improving the region.

Dr. Scalea, who has served as Physician-in-Chief since 1997, was honored with the Regional Visionary Award for his unwavering commitment to saving lives in Baltimore and around the globe.

The Walter Sondheim Public Service Award is presented to individuals, other than elected officials, who make outstanding contributions to the community without seeking recognition or accolades. Since 2007, the GBC has bestowed awards occasionally but not annually. 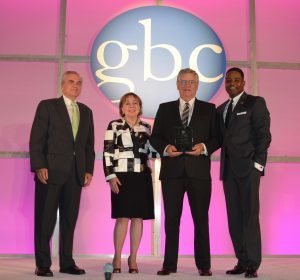 Mohler, who in May 2018 assumed the role of Baltimore County Executive following the untimely death of County Executive Kevin Kamenetz, who tragically died from a heart attack, was honored with the Walter Sondheim Public Service Award for his outstanding contributions to the community without seeking accolades. 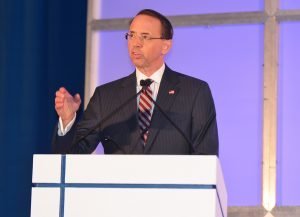 Watch videos from the Annual Meeting:

Read what they’re saying about the event:

Maryland Matters: Rosenstein in Baltimore: ‘Not Everybody Is Happy With My Decisions’

Fox News: Rosenstein unloads on Comney, says he broke ‘bright lines that should never be crossed’

Thank you to our event sponsors: