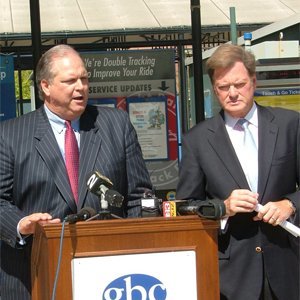 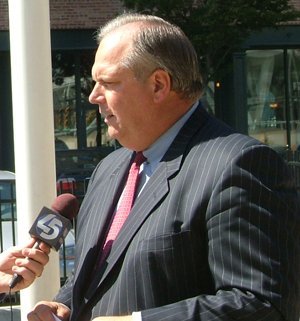 Citing concern over the level of transportation funding in Governor Martin O’Malley’s preliminary plan to increase state revenues, leaders of the Greater Baltimore Committee called for a 10-cent gas tax increase as a major source to provide $600 million in additional revenue to the state’s Transportation Trust Fund.

The $600 million is the minimum annual increase needed for the state to be able to begin addressing a more than $40 billion backlog of planned highway, transit, port, and airport projects that are not yet funded for construction, according to GBC president and CEO Donald C. Fry. 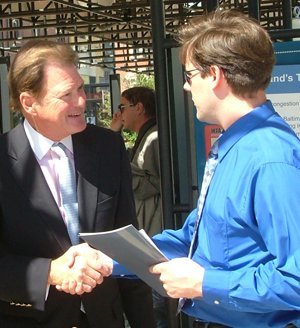 “Every day that we put off starting the capital projects that we need to relieve congestion in Maryland costs us time and money,” said Collins.

“At a time when we are talking about $1.7 billion in new general funds, much of which would come from business, I would certainly hope that we could find it in our political will to raise one third of that amount to ensure that our citizens move more freely on our highways, and have access to transportation alternatives,” said Fry.

Given Maryland’s projections for growth in the next 25 years, funding improvement to its transportation infrastructure is the state’s top economic development challenge, said Fry.

Join the Baltimore Women’s Advisory Board for a roundtable discussion led by Chintimini Keith, Vice President, Corporate Communications and Marketing, The Bozzuto Group. Members of the Baltimore Women’s Advisory Board will contribute in the small group discussions sharing their own experiences. The goal of the event is to develop action items that will enable you to advance your career by stepping out of your comfort zone and building your confidence. … Continue reading →
View Calendar
Add