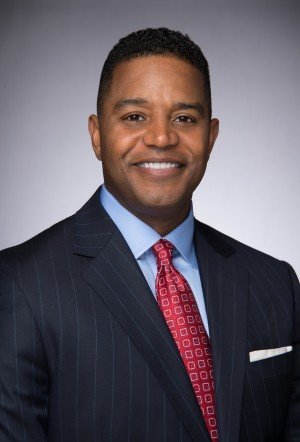 The Greater Baltimore Committee has named Calvin G. Butler Jr., Senior Executive Vice President of Exelon and CEO of Exelon Utilities, as the new Chair of its Board of Directors.

Butler, who previously serviced as Vice Chair, will serve as GBC Chair until May, 2022.

Paul A. Tiburzi, senior partner at DLA Piper, who has served as GBC Chair since 2017, will remain on the Board and serve as Immediate Past Chair.

Butler becomes the 32nd Chair to lead the GBC in its 65 year history.

“I’m honored and humbled to step into the role of Chairman during these truly unprecedented times, recognizing that we are all interconnected,” said Butler.

Butler said that under his leadership the GBC would put a strong focus on improving racial equity, justice and inclusion in the Greater Baltimore region.

In his acceptance speech today at the GBC’s Annual Meeting, Butler noted that he was deeply moved in May by the death of George Floyd in Minneapolis while in police custody and that upon reflection was reminded that interconnectedness in families, neighborhoods, workplaces and communities is as critical as it is in the power industry.

“Favoring one group over another causes societal challenges that limit progress for individuals, communities and cities,” Butler said. “We must all be in this together, interconnected.”

As a result of social and racial injustices and inequities which have come to light since Floyd’s death, the GBC “has an even more important role to play in the overall progress in our city and region than ever before,” Butler said.

He said Baltimore has the available talent, energy, ideas and leaders to address social inequities and injustices and that the GBC “can be the great convener” to bring these together to address such issues as the digital divide, workforce development, education and fair housing.

Butler said practical action steps the GBC initially will take to be more intentional and drive greater collaboration to address racial inequities and injustice will include:

GBC President & CEO Donald C. Fry stated that “Throughout the GBC’s 65 year history the organization has addressed the most challenging issues confronting the business community and society at large. Nothing is more relevant and important today than the private sector addressing racial equity and social justice.”

ABOUT THE GREATER BALTIMORE COMMITTEE