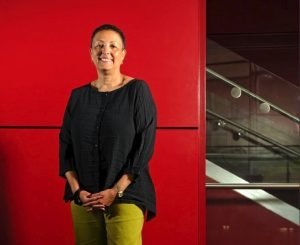 Jackie Copeland, who has spent three decades working for major museums nationwide and studying every aspect of how successful arts institutions operate, has been appointed Executive Director of the Reginald F. Lewis Museum of Maryland African American History & Culture.

Copeland, 71, currently the Lewis’ second in command, began her new job on February 13, 2019, the day after Wanda Q. Draper officially retired. She was selected by the Board of Directors to fill the vacancy created after Draper announced earlier this year that she was stepping down for family reasons.

Board Chairman Maurice Taylor said that “the Board decided to forgo a nationwide search for Draper’s replacement. Partly, that’s because members feared that a lengthy search process would jeopardize the Lewis’ recent forward momentum. And partly, that’s because Copeland, who lives with her husband in Pikesville, has been instrumental in getting the once-ailing museum back on track in the two years since she joined the institution.”