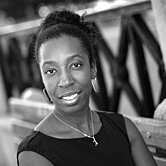 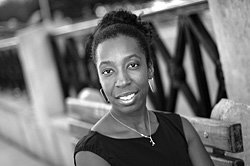 Kisha A. Brown, Esq. joined the GBC staff on October 1 as Director of Government Relations.

Brown will develop and implement strategies to advance the GBC legislative and policy agenda. She will continue GBC’s work as a visible and credible business advocate, working with local, state and federal government leaders to address key GBC priorities and to develop more competitive tax, regulatory and economic development policies that will strengthen the business climate of the Baltimore region and Maryland.

Brown will have a vigorous presence in Annapolis during the Maryland General Assembly, as well as the Baltimore City Council and regional county governments. She will be fully engaged with key elected officials on legislative issues impacting the business community.

“Kisha Brown brings a unique background of accomplishment and leadership at many levels of government and the depth of experience to represent GBC and its members well to our region’s legislators,” said Greater Baltimore Committee president and CEO Donald C. Fry.

As an attorney at the Legal Aid Bureau in Baltimore since 2005, Brown advocated for low-income, non-custodial parents whose child-support obligations exceeded their abilities to pay and taught them their rights and responsibilities. She developed and provided educational workshops for practitioners and low-income parents throughout the state and worked to bring about systemic changes in the child support system.

Additionally, Brown has spoken on a regular basis at male and female prisons, youth programs, transition homes, workforce development programs and Department of Human Resources stakeholder meetings. She has presented at numerous conferences and conducted several training programs including those hosted by the Annie Casey Foundation, State Child Support Training Conferences, Ex Offender Symposiums, and Empowering Women Conference by the National Women’s Prison Project. She has appeared on local radio stations regarding child support legislation and parents’ rights and responsibilities.

She has extensive policy advocacy experience and co-authored three state bills, which have all been passed into law. She has litigated in Baltimore City trial courts and recently was victorious in the Court of Special Appeals on the issue of non-custodial parent’s rights. She is the immediate past President of the Alliance of Black Women Attorneys of Maryland where she increased membership by over 25 percent.