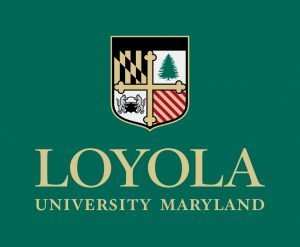 The Rev. Brian F. Linnane, S.J., who has served as president of Loyola University Maryland since 2005, has announced his plans to retire at the close of the 2021-22 academic year.

The Board of Trustees announced plans to begin a search for the next president of Loyola with the goal of filling the role no later than July 1, 2022.

The Board of Trustees will bestow the title of President Emeritus upon Fr. Linnane upon his retirement.

Highlights of a Presidency
Since becoming president of Loyola in 2005, Fr. Linnane has overseen the designation change to Loyola University Maryland; the opening of the School of Education; the University’s transition to the Patriot League; and the completion of the Bright Minds, Bold Hearts comprehensive campaign, which exceeded its $100 million goal. He also inspired the vision for Messina, Loyola’s distinctive interdisciplinary living and learning program for first-year students.

Under his leadership, Loyola has launched the York Road Initiative, doubled its endowment, and placed more focus on diversity, equity, and inclusion, including the inception of the chief equity and inclusion officer.

Fr. Linnane set the tone for strengthening the University’s commitment to Baltimore in 2006 when he launched the Year of the City to reaffirm Loyola’s relationship with the city, celebrate its history, and consider the role Loyola should play in addressing challenges faced by Baltimore.

As president, Fr. Linnane has overseen several significant construction projects on campus, including the expansion and renovation of Loyola/Notre Dame Library, the construction of Thea Bowman Hall, the opening of the 6,000-seat Ridley Athletic Complex and the McClure Tennis Center, the renovation and expansion of Donnelly Science Center, and the groundbreaking for the Miguel B. Fernandez Family Center for Innovation and Collaborative Learning, which is scheduled to open in Fall 2021.

In 2014, the University opened the Rev. Brian F. Linnane, S.J., Alumni House, which is named in his honor. In 2015, Fr. Linnane received an honorary doctoral degree from Loyola.

“Serving as president of Loyola has been one of the greatest joys of my life,” said Fr. Linnane. “This community and this university are dear to my heart, and I am immensely proud of what we have achieved in advancing the education and experience we offer students, all while deepening our commitment to our Jesuit mission.”