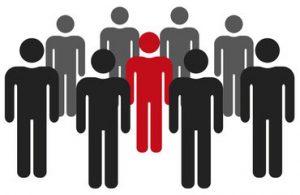 The following is an excerpt from the original Maryland Matters article.

And yet, the newest population numbers from the U.S. Census, delivered Aug. 12 on the hottest day of the year, hit them like a torrent of cold water in the face.

Baltimore’s dramatic 5.7% population loss over the past 10 years means the city is sure to face a corresponding loss of political clout in the decade ahead — no matter how many allies it has in the highest echelons of power in Annapolis.

That’s one of many political threads that will be pulled over the next several months, as state politicians and policymakers seek to use the Census data as part of the recipe for congressional and legislative district maps that will be in place until the elections of 2032.

Baltimore wasn’t the only Maryland jurisdiction to see significant population losses — far from it. But the latest numbers did produce a significant degree of handwringing in the city.

Donald C. Fry, President and CEO of the business group the Greater Baltimore Committee, called it “unacceptable for a city with the many positive attributes Baltimore has, from its affordability, diversity, strong neighborhoods, historical and cultural attractions to world class healthcare and universities, to lose residents.”

Baltimore Mayor Brandon M. Scott (D) scrambled to put the dreary numbers in historical context and asserted that city leaders are putting policies in place to stanch the bleeding and slowly build back the city’s population.

“Today’s population figures are the culmination of more than 70 years of population decline, showing why we must pivot from the status quo towards inclusive economic policies that improve the lives of our legacy residents, while attracting new residents,” Scott said Aug. 12. “Understanding that much of Baltimore’s 21st century population loss has been driven by an exodus of African American households, my administration will be focused on equitable economic development. We can no longer leave any corner of our city behind.”

Census figures help determine how much federal aid is distributed to states and local jurisdictions, but they are also key weapons in the raw redistricting political battles that will follow.