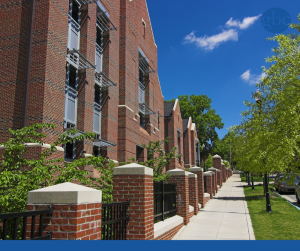 This commentary appeared in The Daily Record on December 16, 2021.

The gift generated a lot of buzz. But truth be told, there has been an abundance of good news unfolding at those three HBCUs as well as the fourth, Coppin State University, with more good news to come.

During a recent Newsmaker Speaker Series event hosted by the Greater Baltimore Committee– HBCUs: Hubs of Innovation and Excellence – the presidents of several of Maryland’s HBCUs noted that along with advancing research and academic courses at their institutions, they are focused on keeping tuition and other costs as low as possible.

“Finances should never be an impediment to college,” said Dr. David Wilson, President at Morgan, where undergraduate tuition for the 2021-2022 school year is $7,974 for in-state students.

Coppin’s President, Dr. Anthony Jenkins, underscores the same point by noting that “affordability and access” are a key focus of the university’s leadership as it seeks to open doors to students from disadvantaged backgrounds so they can advance on a track of upward economic and social mobility.

HBCUs in Maryland and elsewhere are vital to the economy, economic equity and upward social mobility.

“The education that HBCUs provide to their students, many of them from low-income families and the first in their families to attend college, helps the national economy fill critical jobs with college-educated workers who otherwise would not acquire the skills and knowledge necessary to compete in the evolving workforce,” UNCF’s former Vice President of Research and Member Engagement, Dr. Brian Bridges, is quoted as saying.

In Maryland, the four state HBCUs are having a sizeable footprint on untold students’ lives, the Maryland economy and its history.

By choosing to invest in HBCUs it is evident that Ms. Scott made a wise investment choice.