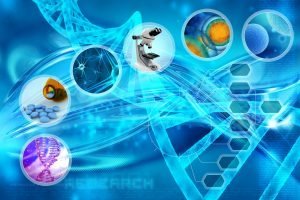 New East Baltimore Partnership (“FC-NEBP”) and Rapafusyn Pharmaceuticals (“Rapafusyn”) announced May 19 that they have executed a lease at 855 N. Wolfe Street to accommodate Rapafusyn’s growth and expansion in Baltimore City. Rapafusyn is an emerging pharmaceutical development start-up company that licenses technology related to a class of natural product-like macrocycles from the Johns Hopkins University School of Medicine’s Department of Pharmacology and Molecular Sciences.

John Marquardt, President and CEO of Rapafusyn, expressed excitement about moving into the 7,935 square foot space in East Baltimore when it is completed in fall 2017.

“We sought this space to allow close collaboration between our growing company and its ongoing research at Johns Hopkins,” he said. “The amenities of the Eager Park community and proximity of the new lab to the Johns Hopkins School of Medicine made this the best choice for Rapafusyn’s growing business.”

Rapafusyn’s decision to lease space in Baltimore aligns with Johns Hopkins Technology Ventures’ mission to support and grow startups in the City. JHTV has significantly expanded its focus on growing and retaining companies in Baltimore. Its FastForward enterprise in the Science & Technology Park at Johns Hopkins offers a nurturing and supportive environment for emerging companies to remain and prosper in the City.

“Moving offices can be challenging, but we are eager to make the move to accommodate the growth of biotech companies in Baltimore,” said Scott Levitan, FCNEBP’s Vice President and Development Director for the Baltimore initiative. “Our success will be confirmed when there is no space left for us in the Science & Technology Park at Johns Hopkins.”