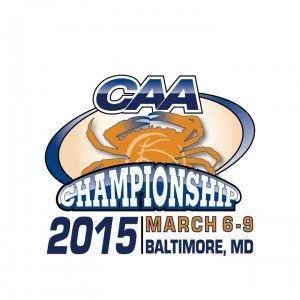 March Madness is quickly approaching and so is the return of the Colonial Athletic Association’s 2015 Men’s Basketball Championship to Baltimore.

“Baltimore has everything for our fans,” Robert Goodman, Senior Associate Commissioner for the CAA, told the GBC Leader in a recent interview. “From attractions to hotels and restaurants – everything that our fans have been asking for we have been able to deliver here in Baltimore.”

The 10 teams will play nine games over the four-day tournament.

Men’s basketball is just one of 22 sports the CAA offers – there are 10 men’s and 12 women’s sports. All are Division I teams.

“The CAA has been known as a bracket buster in the NCAA (National Collegiate Athletic Association) championship,” Goodman said. “We relish that role.”

The association relocated its men’s basketball tournament to Charm City last year, Goodman said. The championship will also be held in Baltimore in 2016.

“When we had some of our southern schools leave (the conference) it pulled our geographical center further north and Baltimore made perfect sense for us,” Goodman said.

Last year’s championship drew more than 19,000 fans to Baltimore, said Goodman, who noted more than 25,000 fans are expected to attend this year’s event.

Those spectators provide an economic benefit to the city. Last year the conference had a more than $5 million impact on Baltimore, Goodman said.

“The CAA Men’s Basketball championship is a premier event and the fans who visit Baltimore make significant economic contributions to the city,” said Donald C. Fry, president and CEO of the Greater Baltimore Committee. “The tournament has strong connections to the Greater Baltimore region as a significant part of Baltimore’s regional workforce are alumni of CAA schools. I look forward to a long-term relationship with the CAA.”

Click here to watch a video previewing the championship.

The CAA seeks corporate partners. All ticket packages are tax deductible. For information or to order a ticket package, visit caatickets.com or email rgoodman@caasports.com.

All members of the military, Boy Scouts of America and Girl Scouts of the USA, youth basketball players and first responders will be admitted to the conference at no charge.