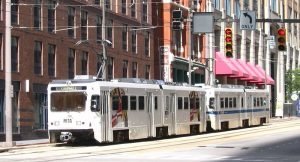 The Maryland Transit Administration is holding a series of open houses later this month — and business leaders are hosting a separate one Tuesday — to ask the public how they think the next 25 years of transit should look for the Baltimore region.

Riders have already requested better connectivity, more frequent and reliable service, additional bus stop amenities like shelters and benches, and improved customer service, among other wants. The feedback will be incorporated into the Central Maryland Regional Transit Plan, which will define the MTA’s future goals for buses, trains, light rail and the metro subway.

“We’re developing a 25-year plan to serve the needs of the core service area,” which includes the city, and Baltimore, Howard, Harford and Anne Arundel counties, said Holly Arnold, the MTA’s deputy administrator and chief planning, programming, and engineering officer.

The plan, mandated by the state legislature, lays out 29 new “regional transit corridors,” which have high transit ridership, connect to job centers and other places people want to go, and have demand for additional investment and all-day service.

Democrat Del. Brooke Lierman, who led the legislative push to require the MTA to create the plan, noting the administration expects a population increase of 300,000 people by 2045 regionally, said the plan is about “building a transit system that allows for fewer cars on the road.”

“Our roads will not be able to sustain it,” she said, adding that transit is also environmentally friendly. “We cannot rely on single-occupancy vehicles to get every employee to their job. Many employees can’t afford cars or don’t want to drive.”

Don Fry, president and CEO of the Greater Baltimore Committee, said business leaders want “a plan that’s bold but has an attainable vision that can be implemented.”

“Since the Red Line was canceled back in 2015, there really has not been any major transit initiative in the Baltimore region,” Fry said, referring to the planned east-west light rail line Republican Gov. Larry Hogan called off, calling it a “boondoggle.”

BaltimoreLink, the MTA’s recent overhaul of the region’s bus routes, “does not spur any major economic development or meaningfully improve access to jobs for residents,” Fry said.

And he and other transit advocates are worried about future investment.